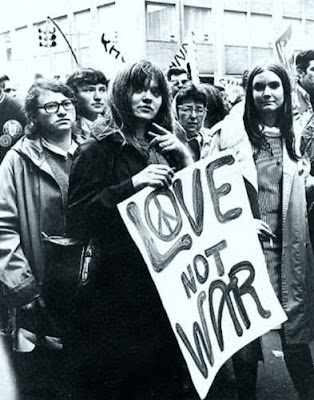 Not the same thing, but you get the idea.
"University suspends philosophy professors after sit-in over closure"

London Evening Standard
Academics have been suspended by a university after staging a sit-in over the closure of their department.

Middlesex University disciplined two professors, one senior lecturer and four students after they occupied the philosophy department for 12 days this month. Staff and students are to hold fresh demonstrations later today against the suspensions and the decision to close the faculty.

Campaigners claim there is no justification for shutting the department, which has an international reputation and was the universitys highest rated research section. The Government this week announced a further £200 million of cuts to national university budgets, on top of almost £1 billion of reductions set out by Labour.

Universities are preparing to make thousands of redundancies and turn away hundreds of thousands of students. Leading academics from around the world have written in support of the Middlesex protesters. Professor Peter Hallward, one of the suspended lecturers, said: “The Middlesex philosophy programmes are among the most successful and highly regarded of their kind in the UK. There are no credible academic or financial grounds for closing them down.”

The others who have been suspended are Professor Peter Osborne, head of Middlesex's Centre for Research in Modern European Philosophy, and senior lecturer Dr Christian Kerslake.

Professor Osborne, who has taught there for more than 20 years, said: “I'm annoyed, to put it mildly. The suspension is unjustified because there's no specific allegation against me.

“The university is deliberately using the suspension to keep us from informing our colleagues about the details of the programme's closure. This is a spasm of managerial self-destruction. It's extraordinary.”

The academics are all banned from contacting each other or their students without university permission. The occupation ended after the university obtained a High Court injunction.

A University spokesman said: “The suspensions are part of standard policy to enable a thorough internal investigation into alleged misconduct to proceed unhindered.

“The university has to intervene when protest is illegal or puts the health and safety of staff at risk.”


Academic cutbacks are metastasizing
Posted by Mercury at 7:44 AM