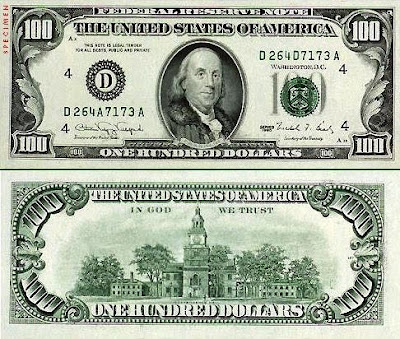 Hmmmm, this is a tough one. I would keep the bucks and splurge on a bottle of Laphroaig 15 year old single malt scotch. How about you?

The New York Times
What would you do if you got on an empty elevator, looked down and saw a $100 bill on the floor?

Would you feel sorry for the person who dropped it and take the bill to the receptionist in the lobby? Or would you just quietly pocket it?

That was the choice my husband and son faced the other day on their way from a doctor’s visit. My husband told me his first reaction was to look for the bill’s rightful owner. My son had visions of treating all his friends to dinner at Olive Garden.

But his tale reminded me of another time, at least five years ago, when my husband and I were out jogging and saw a $50 bill on the road that ran by the middle school in our town. My husband insisted that we bring the money to the principal’s office and suggest that the secretary deposit it in a school fund if no one claimed the money.

I imagined the secretary shaking her head at our do-goodedness as we walked out the door and then going out to dinner with our found money. But as my colleague at Bucks, Ron Lieber, points out, being married to a man whose first instinct is to find the money’s rightful owner is a pretty good consolation prize.

This time, the fate of the money was different. My husband ended up keeping the $100 after he remembered that he had just paid a $30 co-payment to the doctor, the third co-payment to this same doctor for the same issue in the last few weeks.

Perhaps there was a middle way here. My husband could have put up a sign in the elevator directing anyone who lost “something valuable” in the elevator to send him an e-mail. If the writer could identify the item, my husband would return it.

So what would you do?
Posted by Mercury at 2:15 PM