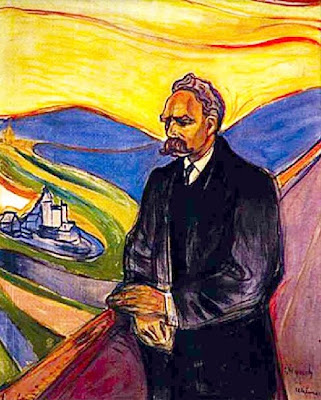 A new text on F. Nietzsche whereby it is stated "...that liberty is “the right to define one’s own concept of existence, of meaning, of the universe and of the mystery of human life.”"

"Nietzsche: A Philosophy in Context"

The New York Times
One of the pitfalls of writing a biography of a great philosopher is the temptation to reduce important ideas to mere psychology, an outgrowth of some fluke in the philosopher’s personal development. Julian Young, a professor at the University of Auckland and Wake Forest University, has for the most part avoided this trap by writing a “philosophical” biography of Friedrich Nietzsche (1844-1900) in which the life story provides context but ultimately not explanation for the ideas. In so doing he has provided a serious and readable, if not exactly ground-breaking, introduction to Nietzsche’s “philosophy with a hammer.”

Context is particularly important in Nie­tzsche’s case because his life story was so dramatic. The young Friedrich (or Fritz, as he was known) was, by all accounts, simply the most brilliant student any of his formidable professors had ever encountered, going all the way back to his boarding school days at Pforta. His teacher of classical philology at Leipzig, Friedrich Ritschl, said that in his 39 years of teaching he had “never known a young man who has matured so early.” Nie­tzsche was awarded a doctorate at age 24 and a professorship at the University of Basel the same year; he was promoted to full professor at 25 — a feat not even Larry Summers could duplicate.

From a very early age, however, ­Nie­tzsche was afflicted with a host of maladies, including blinding headaches that would last for days, problems with his digestion that would leave him vomiting and bedridden, and a progressive blindness that allowed him to read, painfully, for only a couple of hours a day. So debilitating did these symptoms become that he was forced to give up his professorship at age 34, after which he withdrew into a solitary and nomadic life, traveling between Switzerland and the South of France in search of a climate that would marginally ease his suffering. His great works were written in the few days of lucidity that were permitted him between long bouts of physical disability, “On the Genealogy of Morals” having been composed for the most part in a mere three weeks in 1887.

One of the central concepts in Nie­tzsche’s philosophy was the “eternal return of the same,” that is, the need to affirm the value of one’s life in every single detail as something to be repeated endlessly through time. Given the sheer torture of his physical existence, such an affirmation was testimony to Nietzsche’s own gigantic will — a will that transformed into madness when he collapsed on a Turin sidewalk in January 1889 with delusions that he had become a world-creating God.

Young resorts to purely psychological explanation primarily on the subject of Nie­tzsche’s attitude toward women. He notes that Nietzsche had a large circle of highly intelligent and forceful female friends, and that many could be regarded as early feminists. As a Basel professor Nietzsche took a minority stand favoring admission of women to the doctoral program. But after his disastrous courtship of Lou Salomé, whose affections were stolen by Nietzsche’s close friend Paul Rée, he came to regard feminism as one of the most disastrous byproducts of modernity, and women as needing (in the words of a character in “Zarathustra”) “the whip.”

The most serious issue raised in this or any other study of Nietzsche concerns the nature of his politico-cultural program, the “transvaluation of all values,” that was to take place in the wake of the death of Christianity. Young properly criticizes attempts by the Nazis to appropriate Nie­tzsche as one of their own. He points out that despite some casual anti-Semitism in his early years, the older Nietzsche became a principled anti-anti-Semite, an opponent of Bismarck and a critic of the German chauvinism that emerged after the Reich was unified in 1871.

Nietzsche, however, hoped for a future hierarchical society in which the labor of the many would support the greatness of the few, one in which the cultural cacophony of contemporary liberal societies would be replaced by the solidarity of a single, common culture. Young argues that this was not really a political project, and that the Übermensch at the top of the pyramid should be thought of less as a Hitler-like dictator and more as a spiritual leader, whom he compares variously to the Dalai Lama or Iran’s Ayatollah Khamenei. Cultural conformity was not, for Young’s Nietzsche, something to be enforced through political power, but rather something generated spontaneously through communal participation in art, much as the ancient Greek polis had been bound together through the common performance of tragedy.

This then explains the central role that music played in his philosophy. Nietzsche, a talented pianist and occasional composer, had great hopes that Richard Wagner’s music might somehow serve as the foundation for a refounding of German culture on the basis of a unifying art, and for that reason he entered eagerly into the circle of Wagner and his wife, Cosima. He broke with the composer not because he ceased to believe in the project, but because he felt that Wagner himself was too crude an individual to implement it.

But understanding Nietzsche’s project as a cultural rather than a political one should not blind us to its terrible implications. For while one might be able to create a small-scale community based on common and voluntary commitment to art, as Wagner sought to do in Bayreuth, scaling up such a project to society as a whole, with all its de facto diversity, would require dictatorial political power. The mystical origins of Nietzsche’s Dionysian community are an open invitation to the unleashing of irrational passion that is perfectly happy to squander the life of any individual standing in its way. Ayatollah Khamenei is indeed a much better model of Nietzsche’s future leader than the power­less Dalai Lama.

Young’s biography illustrates concepts from Nietzsche’s books with examples drawn from the contemporary world, so one finds Diana, Princess of Wales; “The Truman Show”; and the Iraq war popping up in incongruous places. Some of these are helpful, but many simply detract from the book’s seriousness, like the dozen or so references to global warming scattered through the text.

Whether we acknowledge it or not, we continue to live within the intellectual shadow cast by Nietzsche. Postmodernism, deconstructionism, cultural relativism, the “free spirit” scorning bourgeois morality, even New Age festivals like Burning Man can all ultimately be traced to him. There is a line running from “Beyond Good and Evil” to Justice Anthony Kennedy’s assertion (in Planned Parenthood v. Casey) that liberty is “the right to define one’s own concept of existence, of meaning, of the universe and of the mystery of human life.”

Young appropriately underlines the notion that postmodernism, with its embrace of diversity in values, is no different from the 19th-century modernism that Nie­tzsche hated. He would not have cele­brated alternative lifestyles, non-­Western cultures or the right of every fourth grader to be his or her own value-creator. Acknowledgment of the death of God is a bomb that blows up many things, not just oppressive traditionalism, but also values like compassion and the equality of human dignity on which support for a tolerant liberal political order is based. This then is the Nie­tzschean dead end from which Western philosophy has still not emerged.

[Francis Fukuyama is a professor of inter­national political economy at the Johns Hopkins School of Advanced International Studies.] 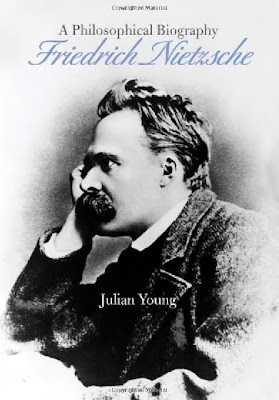