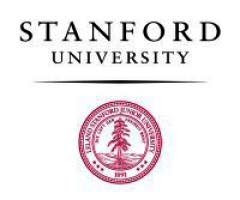 mercurynews.com
One chapter is closing — and another is opening — as Stanford University moves towards the creation of its first "bookless library."

Box by box, decades of past scholarship are being packed up and emptied from two old libraries, Physics and Engineering, to make way for the future: a smaller but more efficient and largely electronic library that can accommodate the vast, expanding and interrelated literature of Physics, Computer Science and Engineering.

"The role of this new library is less to do with shelving and checking out books — and much more about research and discovery," said Andrew Herkovic, director of communications and development at Stanford Libraries.

Libraries are the very heart of the research university, the center for scholarship. But the accumulation of information online is shifting their sense of identity.

For forty years, the metal shelves of the modest Physics and Engineering libraries were magnets to thousands of students and faculty, including Nobel Prize winners Douglas Osheroff, Robert Laughlin and Steven Chu, who now directs the U.S. Department of Energy.

On the wall of the Physics library are 16 original prints by photographer Ansel Adams, dedicated to pioneering physicist Russell Varian. A cardboard cutout of a cheerful Albert Einstein greets visitors. A playful collection of clocks — illustrating the randomness of time — decorate a wall.

The future library — on the second floor of "The Octagon," the centerpiece of the university's new science and engineering quad that opens later this year — will offer a stark contrast.

It is only half the size of the current Engineering library, but saves its space for people, not things. It features soft seating, "brainstorm islands," a digital bulletin board, and group event space. There are few shelves and it will feature a self checkout system.

It is developing a completely electronic reference desk and there will be four Kindle 2 e-readers on site. Its online journal search tool, called xSearch, can scan 28 online databases, a grant directory and over 12,000 scientific journals.

Several factors are driving the shift.

Stanford is running out of room, restricted by an agreement with Santa Clara County that limits how much it can grow. Increasingly, the university seeks to preserve precious square footage.

Adding to its pressures is the steady flow of books. Stanford buys 100,000 volumes a year — or 273 every single day.

"Most of the libraries on campus are approaching saturation," said Herkovic. "For every book that comes in, we've got to find another book to send off."

This fierce competition for space on campus means that many, perhaps most, books will be shipped 38 miles away to a Livermore storage facility.

Stanford's plight is not unique. Four miles off its Durham campus, Duke University has a high-density storage facility, with shelves 30 feet high, to hold 15 million books. Harvard's repository is 35 miles away in the rural town of Southborough.

"You just get to the point where you're busting at the seams," said Lori Goetsch, president of the Association of College and Research Libraries and dean of libraries at Kansas State in Manhattan — which stores its books more than 80 miles away, in Lawrence.

The sciences are the perfect place to test bookless libraries, say librarians. In math, online books tend to render formulas badly. And those in the humanities, arts and social sciences still embrace the serendipitous discoveries made while browsing. Johanna Drucker, UCLA professor of information studies, moreover asks: "What version of a work should be digitized as representative? Leo Tolstoy's original Russian text? Or the Maude translation? Should we digitize the sanitized version of Mark Twain's classics, or the originals?"

But technical information is readily and conveniently accessed online. "Physics was one of the first disciplines to really develop a strong electronic presence," said Goetsch.

Science and engineering students agree, saying there is little nostalgia for paper.

"As far as research articles go, physics publication is already essentially entirely online," said physics grad student Daniel Weissman. "And old journal editions from before the Internet era have largely been digitized, so you can get those articles online too. So that just leaves reference books — and yeah, you're starting to see more and more of those in online versions, too."

But the transition is tougher for Physics librarian Stella Ota, who is responsible for the fate of thousands of old books as she prepares for the June 9 closure.

"It is challenging — 'll look at a book and say "this is important work, but not currently used," she said. So the 1937 edition of Webel's Technical Dictionary, German-English, is moving to Livermore. So is the huge and heavy Carnegie Atlas of Galaxies, with glossy photos.

"Or perhaps it is worn, or damaged, or food was spilled," so it will be given away, she said. That is the fate of the 1970-1979 Bibliography of Astronomy, as well as the decrepit Selected Physical Constants.

A lucky few will be selected for the few shelves at the new library.

"When I look back, then there is a certain sadness for me. Any change is hard. And there are moments of joy, when I see bookplates of former faculty who owned and donated the book, and sometimes made notes on the side," Ota said.

"But looking forward, I see an opportunity to create something new."
Posted by Mercury at 6:57 PM

Email ThisBlogThis!Share to TwitterShare to FacebookShare to Pinterest
Labels: libraries