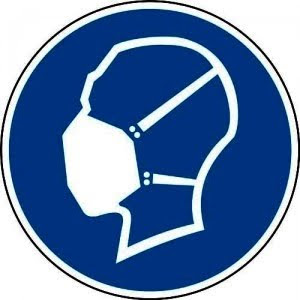 "Who to blame for flu? Maybe the U.S., study finds"

Reuters
The United States may provide an incubating ground for some flu strains, helping them migrate to warmer climates, U.S. researchers said on Thursday.

For many years, researchers assumed that flu strains were mostly the product of China and Southeast Asia.

But a team at the University of Michigan, the Howard Hughes Medical Institute and Florida State University found that not all strains of flu circulating in North America die off at the end of influenza season.

Some of those appear to head to South America, and some migrate even farther, the reported. That may have happened with the H1N1 swine flu pandemic, they added.

"We found that although China and Southeast Asia play the largest role in the influenza A migration network, temperate regions -- particularly the USA -- also make important contributions," said Trevor Bedford of the University of Michigan, whose study appears in the Public Library of Science journal PLoS Pathogens.

He and his colleagues tested genetic sequences from seasonal flu viruses collected from patients around the world between 1998 and 2009. They built a sort of family tree, charting the relationships among the viruses.

The new understanding of flu may require public health officials to change some of their strategies for fighting flu, they said.

For example, aggressive use of antiviral drugs such as Roche AG's Tamiflu could promote drug resistance if flu strains never really die out in the United States.

"We found, for instance, that South America gets almost all of its flu from North America," Bedford said in a statement.

"This would suggest that rather than giving South America the same vaccine that the rest of the world gets, you could construct a vaccine preferentially from the strains that were circulating in North America the previous season."

The findings could also be used to keep better track of flu strains, the team said.

"By doing this kind of research, we get a clearer idea of where in the world flu is actually coming from. We know that it's mostly Southeast Asia, but now we see that it can come out of temperate regions as well, so our surveillance needs to become more global," Bedford said.

The first cases of H1N1 swine flu were diagnosed in the United States. Experts are still unsure where swine flu originated, but genetic analysis suggests it came from pigs and had been circulating for many years before it was detected.
Posted by Mercury at 6:37 AM