State [and Federal] governments becoming too much of a "nanny"? 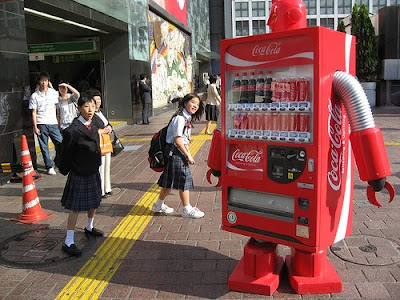 In many ways I agree...government control is becoming too invasive and over protective.

Proposals that would bar California high school students from buying Gatorade on campus, ban metal bats from their baseball games and require them to wear helmets while skiing are drawing criticism.

latimes.com
Barring high school students from buying Gatorade on campus, banning metal bats from their baseball games, making it illegal for adolescents to have themselves "branded" with a hot iron: Regulating teenage behavior has become an attractive topic for California's legislators.

Some lawmakers also want to outlaw nipple piercings for teenagers, and prohibit them from snowboarding and skiing without a helmet or reentering a football game too quickly after taking a hard hit to the head.

The proposals have riled those who complain that California is already an intrusive "nanny state," and they're asking whether lawmakers should find better ways to spend their time than pondering how to keep teens in check — like dealing with high unemployment or resolving the budget crisis.

"This is a nanny state that tells you what you can eat, what you can drink, what you have to wear during your outdoor recreation," said state Sen. Tony Strickland (R-Thousand Oaks). "I believe it's the parents' responsibility to decide what is best for their children. It is arrogance having government officials telling you, 'You're not smart enough, so we're going to tell you what is right and wrong for you.' "

Some teenagers also think state lawmakers are going too far. "It's like they are trying to control our lives for us," said Eddie Muro, the 17-year-old senior class president at Big Bear High School. "If a kid is 17, he can sign up for the Marines to fight for his country, but people are deciding what he can drink at school? It's ridiculous."

With budget crises blocking new spending programs and entrenched interests ready to fight proposals that regulate adult behavior, teens have become a ready target for the legislators' desire to address problems that distress their constituents.

Supporters of the bills have some influential voices on their side. Among them is TV talk show host Dr. Phil McGraw, who recently told his national audience that he supports the California proposal to require helmets for snowboarding kids.

The reasoning ability of teenagers is not fully developed, McGraw said, and they don't always make good decisions: "We have to protect these kids from themselves."

State Sen. Alex Padilla (D-Pacoima) is the author of SB 1255, which would ban the on-campus sale of Gatorade and other sugary sports drinks during school hours but allow them at practices and games. He cited studies indicating that many teenagers are switching from sugary sodas, which have already been banned from campuses, to electrolyte-replacement drinks, which can be high in sugar and sodium and can make kids fat.

"Childhood obesity has become an epidemic," Padilla told his colleagues during a hearing on the bill. "What we are going after here is the source of all that sugar."

The proposal is sponsored by Gov. Arnold Schwarzenegger, a fitness advocate. It is backed by the California Teachers Assn.

But Kent Mercer, the head athletic trainer at De La Salle High School in Concord, says the ban goes too far. Sports drinks help students perform better in the classroom as well as on the field, he testified at the hearing, and teens should be able to make informed choices after being educated about the drinks and nutrition.

"They need to have that understanding of the role it plays, as opposed to just not having that option at schools and being limited to fruit drinks with high levels of fruit sugars," Mercer said.

Chanel Maldonado, a student at El Camino Real High School in Woodland Hills, said she and her friends buy Gatorade from a campus vending machine after playing basketball at lunch. If the state outlaws it, "we're just going to buy it somewhere else and bring it to school," she said.

The full Senate could vote on the bill as early as Monday. The other measures are expected to be voted on in coming weeks.

A Senate committee on Wednesday recommended a three-year moratorium on the use of metal bats in high school baseball. Assemblyman Jared Huffman (D-San Rafael) introduced the measure, AB 7 after a 16-year-old student at Marin Catholic High School was badly injured when a line drive from a metal bat struck him in the head.

"It's time to seriously consider the safety of allowing kids to use performance-enhancing metal bats with the pitcher standing just 60 feet away with virtually no protection," Huffman said before the Senate Education Committee passed the measure on a 3-1 vote.

Sen. Bob Huff (R-Diamond Bar) opposed the bill, saying it is unwarranted meddling by lawmakers in a sport already regulated by a regional federation.

"You have more injuries from fielding, running the bases, than you do from this, and so that begs the question: At what point are we as the Legislature going to step in to [regulate] team sports? Where do we stop?" Huff asked.

Two veteran high school coaches testified against the bill, saying they have never seen a player hurt because of a metal bat. Sen. Mark Wyland (R-Escondido) sarcastically said that if there is a safety justification for such a ban, the state should ban Pop Warner football, which also causes injuries.

Safety is the issue in a measure to allow $25 fines to be imposed on parents whose children younger than 18 fail to wear a helmet while skiing or snowboarding. The Senate Health Committee has approved it.

State Sen. Leland Yee (D-San Francisco) said his proposal, SB 880, would reduce head injuries. He cited a study by the U.S. Consumer Product Safety Commission that said 44% of head injuries — an estimated 7,700 annually — could be prevented or reduced in severity each year by using skiing or snowboarding helmets.

"Despite repeated warnings from public health experts, professional athletes and ski resorts, each winter brings news of hundreds of unnecessary tragedies for the failure to wear a helmet," Yee said.

Strickland voted against the measure. "It is the responsibility of the parent," he said.

Muro, the senior class president at Big Hear High, said he doesn't always wear a helmet but thinks snowboarders should: "I've seen friends get hurt." He just isn't sure the state should force it on people and fine parents instead of educating them about the benefits.

William Young, a junior from Davis, wears a helmet when he races on the school ski team and thinks the law is necessary. "Wearing a helmet, in my opinion, is not a hassle, so I don't think many kids would care if they were forced to wear one."

Debate has also been sparked by a measure from Assemblywoman Fiona Ma (D-San Francisco) that would prohibit branding a minor with a hot iron. It also bar certain body piercings, including those to genitals and nipples, even if a parent approves. Branding has been featured in at least one program on the MTV network, although a spokesman for Ma said she was not aware of the show.

James Byrum's two teenage sons had their astrological signs — Leo and Taurus — branded on their bodies without his permission. One had his nipples pierced just after turning 18.

Byrum, a professional piercer who has worked in Hollywood, said he supports a ban on piercing private parts of those under 18 because it is inappropriate for the adult doing the piercing to have contact with those areas of a minor's body. But, he said, teenagers should be allowed to have, say, an arm branded if their parents give permission and it is done by a professional.

"It is a way of self-expression," Byrum said.

Not all of the teen-related measures face opposition in the Legislature.

Strickland supports one that would require a doctor's clearance before any student athlete suspected of having a concussion could return to the playing field. In that case, parents in the stands at a game may not have the information needed to make a good decision about their teen's ability to play, he said.
Posted by Mercury at 12:38 PM

if...i was at this age....and knowing me and institutions it would take....well, five minutes to navigate my way around any law they care to pass....that is the stupidity. as a former volunteer in many school programs i have personally seen their attempts to make kids eat right....the waste receptacles are full of it....look at the food stamp program...too many numerous times have i seen candy bars, sugared soda, doughnuts, cakes you name it....pass through the register for these products...see what i mean...nice attempt...but basically a failure

Well Tim, your aggression towards the food stamp program umbrella policy cannot be regulated to satisfy nutritional criteria. Who is going to determine the quality of foods purchased...a body of lawmakers or "do good" nutritionists? It cannot be done. Are the participants to select nothing but rice and beans and eliminate fat lined meat or a cookie?