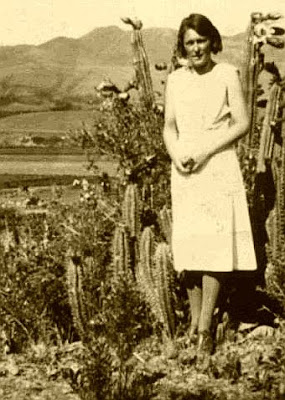 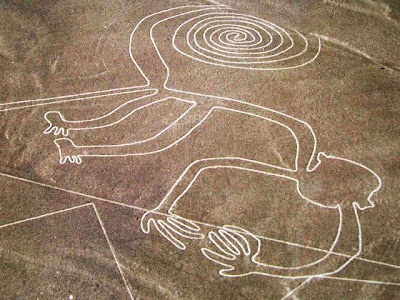 Maria Reiche was a German-born Peruvian mathematician and archaeologist was the self-appointed keeper of the Nazca Lines, a series of desert ground drawings over 1,000 years old, near Nazcain in southern Peru.

Erich von Däniken, extraterrestrial enthusiast, claimed that the line figures were landing instructions for ancient alien visitors and was ridiculed by Carl Sagan stating...do alien beings who have traveled billions [and billions] of miles in space need landing diagrams as if they were B-52 Liberators?

Nazca Lines [Wiki[edia]
Posted by Mercury at 7:10 AM

funny...but Sagan's comment was as they say "spot on". we human at times produce some strange thinking and yet as we look around us, generally speaking, overall we have done the best we could.