Money to be made in rare woods 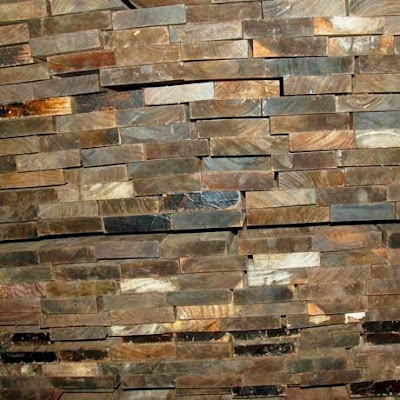 Rosewood
As long as economically strapped countries succumb to powerful investments, this will never cease.

The New York Times
Exploiting a political crisis, Malagasy timber barons are robbing this island nation of its sylvan heritage, illegally cutting down scarce species of rosewood trees in poorly protected national parks and exporting most of the valuable logs to China.

For a decade or more, this illicit trade existed on a small scale. But in the past year, it has increased at least 25-fold, according to environmental groups that have been tracking the outgoing shipments. They estimate the value of trees felled this past year at $167 million or more.

This accelerated plunder of the rainforest coincided with a military coup in March 2009. Andry Rajoelina, the mayor of Antananarivo, Madagascar’s capital, was installed as president, and he has since led a weakened and tottering government that is unable — and perhaps unwilling — to stop the trafficking.

“The government does nothing because it shares in the money,” said Ndranto Razakamanarina, president of an association of Malagasy environmental groups and a policy officer with the World Wildlife Fund. “Many of the ministers think they’ll be in office only three or six months, so they decide to make money while they can. The timber mafia is corrupt, the ministers are corrupt.”

Madagascar, the world’s fourth largest island, is a place of extraordinary botanical abundance, with perhaps 14,000 species of plants, 90 percent of which exist nowhere else on earth. Saving the rosewood trees is now an international cause. Environmentalists check the manifests of outbound vessels, calculate the amount of timber in each container, and try to embarrass the owners of the wood and the participating shipping companies.

Repeatedly, the government has announced new policies to halt the trade. “The exporters are strong, but so are we,” Prime Minister Camille Vital said in a recent interview. “Just last week, we arrested 52 of the people involved.”

But the men in custody, as the prime minister admitted, were among the hundreds of impoverished villagers who earn $2.50 a day to trek into the far reaches of the rainforest. Two men can chop down even a thick, sturdy rosewood tree in an hour. Then it requires teams of 15 or 30 or 50 to pull the logs through the muddy up-and-down of the vine-covered woodland.

Last month, the government announced yet another decree to protect the affected forests of the northeast. The area includes two huge World Heritage sites: Marojejy National Park, where the rainforest descends into valleys of dense evergreens and rises into rocky-crested mountains; and Masoala National Park, on a broad peninsula where a high slope of virgin rainforest plunges to within feet of an unspoiled shore.

But the American ambassador, R. Niels Marquardt, dismissed the new regulations as “one big loophole.” Lisa Gaylord, the country director for the Wildlife Conservation Society, said: “Whatever the law, this government always finds a way to grant an exception.”

In the past, the government has sometimes seized illegal timber and fined the owners. But the penalties were much less than the value of the rosewood, and once the assessments were paid, the logs were authorized for export.

“The rosewood is piled up near the rivers; no one is trying to hide anything,” said Guy Suzon Ramangason, the director general of the organization that manages many of the parks. “Chinese businessmen pay the exporters and they in turn pay off the controllers like the police and the government.”

Malagasy rosewood — reddish and superbly grained — is among the world’s most sought-after timber, especially since Asian sources of similar trees have been depleted. In China, the finished wood is primarily used to make replicas of antique furniture and musical instruments, some for export.

Madagascar is a trove of the wondrous. The island drifted free from Africa 165 million years ago and remains 300 miles off the continent’s southeast coast. Evolution used the isolation with great inventiveness, taking advantage of a landscape that laces together savannah grasslands with lobes of desert and long ribbons of rainforest. Like the plants, most of the wildlife — long-tailed lemurs, iridescent birds, giant yellow moths — are unique in the world.

People began arriving 2,000 years ago, most paddling from what is now Malaysia and Indonesia. Their needs prevailed, and 85 to 90 percent of the forests were eventually sacrificed to agriculture. The people nonetheless remain among the world’s poorest. Wages of $2.50 a day are not a trifle.

Here in Maroantsetra, a dusty town not far from Masoala National Park, the evidence of the assault on the forest is an open secret easily shared along the Antenambalana River. Some 500 rosewood logs lay stacked behind a padlocked bamboo fence in a storage lot surrounded by fields of corn and manioc. The inquisitive were shooed away by five young guards who lolled in the shade of a litchi tree.

“It would be easy for me to die if I gave information to someone from the outside,” said one of the gatekeepers in a firm but apologetic voice.

The trees were transported here by boat and metal canoe — or simply strapped atop an impromptu raft of other, more buoyant logs.

The river also sits on Antongil Bay, and across the choppy water are coastal villages on the fringes of the Masoala forest. Many of the families owned land within what is now the national park, and say they were falsely promised payment for the appropriated property.

They feel a reverence for nature — and also an entitlement. “God gave us the forest so that we could take what we need,” said Francel, a 23-year-old man who uses only one name. “My ancestors are not angry. There are still many trees in the forest.”

Francel, like others who carry axes into the mountains, finds it curious that rosewood is so valued. Other trees yield food — papaya, coconut, jackfruit.

But so much rosewood has been cut down that logging it gets harder by the month, villagers said. Now it can take two or three days to find a rosewood tree, even for men who have roamed the forest since childhood. They know how to open a trail with machetes and which plants have antiseptic powers.

For rosewood excursions, the teams of men carry rice and cooking utensils. When they can, they flavor their meals with meat — eels taken from the springs, fruit bats caught with nets, even the highly endangered species of lemurs that vault through the trees.

Dragging away the timber is back-breaking labor. Men yank hard on the nylon ropes, rest, then yank again.

“Rocks along the way can damage the wood, and you must be careful not to let the logs slide into a valley,” said Thomas Kiloka, 55, a sinewy grandfather who joins the loggers as a porter.

He allowed that cutting down rosewood was against the law but said it was better for a poor man to take a tree from the woods than steal money from someone’s home. Besides, there was little chance of being caught.

when i was in Belize there was floating the story of the gringos and the rosewood tree. to make a long story short and a tremendous amount of effort they manged to get the tree to the shore of the river only to push it in and watch it sink....some greed has a great and funny outcome....

Another true story. Many years ago when I was making furniture, I would visit Paxton Lumber Company for select woods and admiring a stack of Black Ebony [extremely expensive] I was informed that the African country strictly managed the cutting and exportation of the exotic wood. Only two trees were cut a year and lumber companies would bid for the trees...Paxton was the winner for that year. Overall, the United States has a good policy for the importation of the rare and exotic woods market.