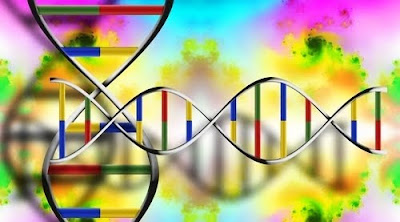 LiveScience
The announcement last week of the first synthetic living cell generated sensational headlines and thinly sourced reports that its creator, J. Craig Venter, is "playing God." But most experts in the field would say otherwise, suggesting the creation is somewhat run-of-the-mill.

Ethicists and other researchers do point out real reasons for concern that don't involve a devout being, however.

Scientists and others worry that if the synthetic organism escapes, it could mutate into a deadly pathogen or affect the environment adversely in some way. They're also worried the technology might be used to make biological weapons. With these potential risks, scientists are urging agencies to regulate the safe handling of any synthetic organism.

“If the upside is that we can potentially genetically engineer algae to produce biofuels, for example, the downside is that we could inadvertently create an environmental hazard we cannot easily control and correct for,” said William FitzPatrick, an associate professor of philosophy at Virginia Tech and a specialist in bioethics. “Simple prudence therefore recommends caution and sufficient regulation to guard against potential dangers.”

Making of a genome controversy?

The study scientists essentially transplanted a genome they had constructed from the bacterium Mycoplasma mycoides into a M. capricolum cell (now the first cell with a complete synthetic genome) that had been emptied of its own genome. Once the DNA "booted up," the bacteria began to function and reproduce in the same manner as naturally occurring M. mycoides.

The breakthrough could help scientists with many research efforts, from pursuing cancer treatments to figuring out the origin of life.

Advances in cloning and legislation involving stem cells inevitably generate conflict between proponents of the technology and those who believe tampering with the raw material of life amounts to playing God.

The Venter creation, however, shouldn't amount to such philosophical bickering for a number of reasons, experts say, including the low complexity of the organism in question, and the limited scope of the specific experiment in particular. Additionally, years of research and genetic experimentation has made these discoveries commonplace, and thus less likely to shock the public.

“If Venter had created the first synthetic human, you would expect a lot more controversy, but I don't think this rises to that level. What he has done is not that distinct in the moral categories used by people in the United States,” said John Evans, a professor of sociology at the University of California, San Diego, and author of “Playing God?: Human Genetic Engineering and the Rationalization of Public Bioethical Debate” (University of Chicago Press, 2002).

What would cause controversy

To provoke a fervent response, Venter would have to create a new life form that resembles an animal the public knows, like engineering a cat that has wings, or creating a synthetic human being, Evans said. Bacteria are invisible and mostly abstract to most Americans, making it difficult for people to connect viscerally with the news, Evans said.

This new technology also doesn’t seem to generate new concerns that differ enough from previous experiments to instigate a new round of outrage, said Adina Roskies, a professor of philosophy, and bioethics specialist, at Dartmouth College. Society has already wrestled with the consequences of genetic engineering, and this new advance falls squarely within the morality constructed by those earlier debates, Roskies said.

"I don't think there's anything on the face of it that's particularly troubling. It doesn't seem different, really, than fiddling with genomes, which we've been able to do for a while.” Roskies said.

Additionally, the public has acclimated to scientific discoveries and engineering advances with profound implications, said Peter Godfrey-Smith, a professor of philosophy at Harvard University and author of “Theory and Reality: An Introduction to the Philosophy of Science” (University of Chicago Press, 2003).

Starting with the atomic bomb, Americans have lived under the shadow of potentially dangerous scientific advances for so long that announcements like Venter’s no longer produce the same level of dread, Godfrey-Smith said.

However, like the atomic bomb, synthetic biology poses a number of practical risks. For instance this technology could produce devastating biological weapons, or escape, mutate and cause unforeseeable damage to the ecosystem, Evans and Godfrey-Smith both pointed out.

"What would happen if he took this thing and threw it out in the grass behind his lab? I don't think anyone knows for sure, and you want to have regulation to prevent that kind of behavior," Evans said. "Someone needs to do that for the same reason that I'm not allowed to have toxic waste in my garage."

Venter and genetics watchdog organizations like the ETC Group differ on which regulatory scheme strikes the best balance between safety and business, but even those opponents agree that the technology does not violate any deeper ethical boundaries.

Venter and his opponents, as well as Evans, Godfrey-Smith and Roskies, all agreed that like every technological advance since fire and the sharpened stick, the ethical concerns surrounding synthetic biology rest not with the tool itself, but the hand that wields it.

"It's how you use it, and what you use it for, that matters,” Roskies said.
Posted by Mercury at 6:57 AM