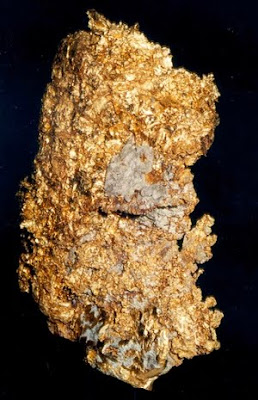 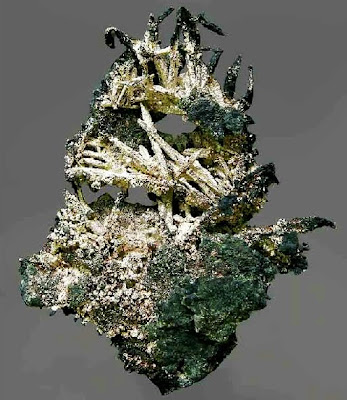 Silver, gold--invest in brokers, smelters, mining facilities and not the physical product. New nanotecnologies and materials will open up a new demand for silver and gold.

These new touch screens could come hot off the presses using the same machinery that prints newspapers.

DiscoveryNews
Cheap, flexible touch screens made with silver and gold nanowires could soon be rolling off the presses and into cell phones, computers and more. The same technology could even be used in solar panels.

Writing in the journal ACS Nano, scientists from Stanford University say the new technology could be "immediately" used in consumer electronics.

"It's a roll-to-roll process, just like printing newspapers," said Yu Cui, a scientist at Stanford University and co-author of the paper. "It's extremely fast and can be done at a very low cost."

Today, most touch screens and solar panels are glass-based. The hard, insulating glass helps protect and support the thin coating of electrically conductive metals. But glass is also brittle and heavy. When an object strikes a solar panel, or a person drops a cell phone, the glass can shatter.

Touch screens made from thin plastic coated with silver and gold would weigh less, take up less volume, be more flexible and could be produced much more quickly than glass plates -- up to 100 times faster in fact.

Even though the screens are made with silver and gold, they are still cheap, said Cui. The total amount of precious metals in each screen is so small that it doesn't significantly increase the price.

The connections between the silver nanowires are good, but not great, said Cui. His group managed to improve the electrical conductivity of the nanowires by fusing them together with tiny amounts of gold. The team is also trying to create longer, thinner silver nanowires, which will make the screen even more transparent and improve conduction of electricity through them.

The thin metal mesh formed by the nanowires is flexible and sticks to a variety of materials. When applied to plastic, the material can be bent, flexed or dropped, and the screen won't crack and will still conduct an electrical charge.

That's a far cry from many glass-based touch screens, which have an unfortunate tendency to shatter on impact.

The silver nanowires could also be used as electrodes for solar cells that can turn light into electricity, said Cui. Flexible silver and gold nanowire screens could replace the hard, glass-based electrodes.

Unlike many technologies that have a significant lag time between development and application, Cui says his technique could be used "immediately." The same machines that produce tons of newspapers every day could instead assemble rolls and rolls of touch screens and electrodes for solar panels.

Other scientists agree that the consumers will likely soon see the research in a variety of devices.

"It's certainly important and interesting research," said Younan Xia, a scientist at Washington University in St. Louis not involved in the study. "The products that come from this technology will be very useful."
Posted by Mercury at 9:01 AM