More on Adam Wheeler and the Harvard fraud 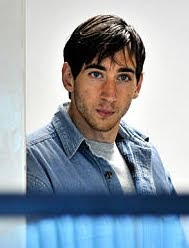 Student Adam Wheeler is accused of masterminding a Harvard hoax, using fake documents to get into the university and secure financial aid. Student fraud is an growing problem, experts say.

The Christian Science Monitor
Little can be done to stop the ploys like the Harvard hoax, in which student Adam Wheeler allegedly lied his way into the elite Ivy-league school and landed $45,000 in financial aid and scholarships, according to a national college admissions expert.

As hinted at by the case at Harvard, student fraud, in which candidates for admission embellish their past, are increasing. This is partly because of the pressure to gain admission and partly because some of the most selective colleges are leaning toward less verifiable information when deciding whom to accept.

Generally, official academic transcripts and test scores are highly reliable, though the allegations against Mr. Wheeler suggest they are not foolproof. He is accused of using fraudulent transcripts and forged recommendation letters.

“The more you step away from the more mechanical, highly-verifiable kinds of admissions rubrics to the more holistic ones, the more difficult verification gets,” says Barmak Nassirian, associate executive director for the American Association of Collegiate Registrars and Admissions Officers (AACRAO).

“As selectivity goes up, the rational basis for saying ‘yes’ to one student and ‘no’ to another moves away from the easy, slam-dunk stuff toward the tie-breakers,” he adds.

Fraud on the rise

Intentionally or not, it’s not infrequent for students to submit descriptions of themselves that stretch the truth or essays that are not entirely their own work, says Mr. Nassirian.

Though he does not have statistics, anecdotal information suggests that the number of such deceitful acts – something that was relatively unheard of in higher education two decades ago – is rising, he adds.

“As the economic value of higher education has taken center stage in people’s minds, we are seeing more often people trying to get ahead by whatever means necessary,” Nassirian says.

The consequences can be severe as schools reserve the right to expel students or strip degrees from alumni.

But it is a risk that some student feel is worth it, knowing the vast number of applications that universities must sift through.

"When you think about the application process, the number of data elements is so huge, even at the smallest of colleges, that independently verifying all of the applications would be incredibly expensive," Nassarian says.

The case against Wheeler

What has been so eye-catching about the charges against Wheeler is that they suggest Wheeler allegedly chose the “hardest” route to get his foot in Harvard’s door – forging official documents.

Wheeler pleaded not guilty in a Massachusetts district court Tuesday to 20 counts of larceny, identity fraud, falsifying an endorsement, and pretending to hold a degree.

What prosecutors say Wheeler did, “would normally be picked up,” by college admissions officials, according to Nassirian, and how Harvard potentially missed those red flags is concerning.

Harvard officials had no comment on the matter when reached Tuesday.

Likewise, Kathleen Fineout Steinberg, communications director of The College Board, which administers and maintains SAT records of the SATs, declined to comment on Wheeler’s case.


Harvard senior in big trouble
Posted by Mercury at 4:41 PM