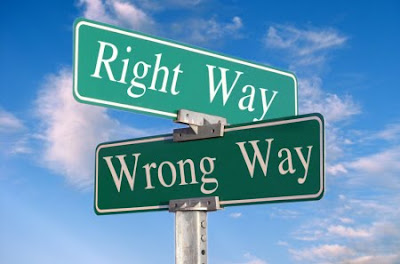 Statistics does have a significant role in physics but I would exercise caution when applying statistical models to actual human behavior. Profiling can be incorrect.

The physicists considered different behaviors in society, including those who cooperate with the system, enforcers that punish those who aren't cooperating (moralists), free riders who ignore the common good, and even "immoral" free riders who punish other free riders. In order to set up the analysis, the physicists created a square lattice of tens of thousands of points, representing individuals. There were four possible strategies that each point could adopt: cooperate without punishing free riders; cooperate and enforce cooperation through punishment; take advantage of a free ride, but let others alone; or take advantage of a free ride and punish others in non-cooperation.

Physics World reports on the process followed by the computer simulation to determine the evolution of moral behavior:

Initially, the four strategies are distributed randomly among individuals and the system evolves to find out which behaviour wins in the long run.

This evolution is influenced by three variables - the fines that penalize free riders; the cost of administering punishment; and the "synergy factor", which stipulates how much the sum of individual contributions is enhanced by collective action.

The scientists ran the simulation for 10 million iterations, discovering, unsurprisingly, that if the punishment wasn't sufficiently costly to individuals, eventually everyone became a free rider -- simply looking out for individual advantage. But the physicists also noticed something else: Interactions with neighbors in situations where punishment was adequate led to imitation of better performance, and created clusters of cooperation and moralist behavior, even when surrounded by free riders. Close interaction on a smaller, more individual scale, appears to have a larger bearing moral development than more distant interactions on a wider, societal scale.

Now, with this game theory simulation showing that moral behavior evolves from individual interactions, Helbing and his team are building a lab that might be able to test how the theory might work with actual people. They want 36 test subjects who can interact, and help determine how cooperative and moral behaviors arise, and whether people behave as the statistical physics say they will.
Posted by Mercury at 5:16 PM