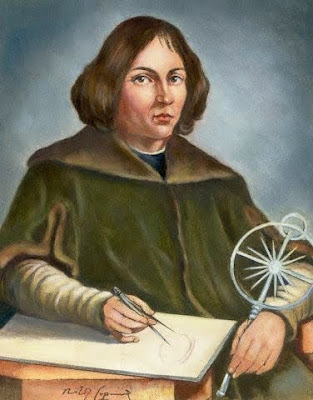 'Science and faith can be reconciled'

The Register
The remains of Nicolaus Copernicus were reburied on Saturday, with the Polish Catholic church out in force to honour the man whose heliocentric theory of the solar system didn't go down too well with the 16th century Vatican.

Jozef Kowalczyk, the papal nuncio and recently appointed Primate of Poland, led mass in the cathedral in Frombork where the astronomer's remains had lain since his death in 1543 until their discovery in 2005.

Copernicus worked as a church canon while he developed his revolutionary theory, which at the time of his demise had raised few eyebrows. Only later did the Catholic church round on his "heretical" ideas, as part of "a massive defense against Martin Luther's Reformation", as AP puts it.

Jack Repcheck, author of Copernicus' Secret: How the Scientific Revolution Began, explained: "There is no indication that Copernicus was worried about being declared a heretic and being kicked out of the church for his astronomical views.

By 2004, so iconic had Copernicus become that at the behest of local bishop Jacek Jezierski, scientists set out to identify his remains. DNA from the disinterred skull and bones of a 70-year-old man - the age at which Copernicus died - were matched with a high probability to a genetic sample from a hair found in one of the astronomer's books.

Furthermore, forensic police put together a computer reconstruction based on the skull which "showed a broken nose and other features that resemble a self-portrait of Copernicus".

Copernicus has now been returned to the same spot under the cathedral floor, his new black granite tombstone "decorated with a model of the solar system, a golden sun encircled by six of the planets".

Wojciech Ziemba, archbishop of the Frombork region, expressed Catholic pride at Copernicus's "hard work, devotion and above all of his scientific genius".

Jezierski concluded: "Today's funeral has symbolic value in that it is a gesture of reconciliation between science and faith. Science and faith can be reconciled."
Posted by Mercury at 6:10 PM

as a practicing Catholic....attending a bible study...i have heard expressed...there were no deaths before Adam and Eve.....there was no rain before Noah....so while this is a great step....more work is needed and if these people had bothered to read they would have read the Catholic Church is not locked into these positions and teaches evolution is fine with them as long as you believe a soul was put into humanity at some point altho i question whether some received a brain