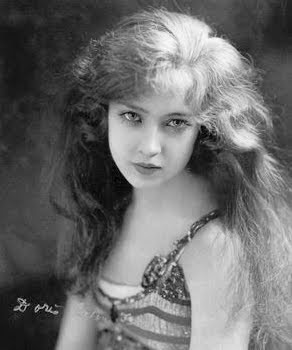 Travis, who was born in 1904, became the youngest member of the elaborately costumed dance troupe when she was hired at age 14. She later ran dance studios in Michigan and also had a small role in Jim Carrey's movie 'Man on the Moon.'

Associated Press
Doris Eaton Travis, the last of the legendary Ziegfeld Follies chorus girls, who wore elaborate costumes for the series of lavish Broadway theatrical productions in the early 1900s, died Tuesday. She was 106.

New York public relations firm Boneau/Bryan-Brown announced her death but did not give the cause. The New York Times reported that she died of an aneurysm in Commerce, Mich.

Travis continued to work long after her Follies days ended, with annual appearances on Broadway, a small role in a Jim Carrey movie and a memoir, "The Days We Danced: The Story of My Theatrical Family From Florenz Ziegfeld to Arthur Murray and Beyond."

Interest in the 5-foot-2 centenarian piqued after a 1997 reunion with four other Ziegfeld Follies Girls for the reopening of the New Amsterdam Theatre, where she danced about 80 years earlier.

"I was the only one who could still dance," she said then.

That led to her involvement in the Broadway Cares/Equity Fights AIDS benefit, where she caught the eye of Carrey and director Milos Forman, who were making the movie "Man on the Moon," about the life of comedian Andy Kaufman.

She played an actress who was no longer popular.

"I had to ride a stick horse and faint and then get resuscitated," Travis recalled in 2006, laughing as she did a fake gallop.

Even after more than 90 years as a hoofer, dancing still came easy to Travis, who appeared in the extravagant Ziegfeld Follies show that enchanted Broadway from 1907 into the 1930s.

"I'm the last of the Ziegfeld Follies Girls now," she said when she was 102. "It's an honor in a way. I certainly didn't think that would happen."

Travis, who owned several dance studios in Michigan and operated a horse ranch in Oklahoma, had a few wrinkles and white curly hair that framed her eyes of blue. She enrolled at Oklahoma University and earned a bachelor's degree in history at age 88. She credited her longevity to her ongoing love affair with dancing and not drinking or smoking.

Travis was born March 14, 1904, one of seven children of newspaper linotype operator Charles Eaton and his wife, Mary, in Norfolk, Va.

Some of the children, who became known as the Eatons of Broadway, got their break when a stock company production of "Blue Bird" appeared in Washington, D.C., in 1911. Travis and her sisters, Pearl and Mary, had only small roles, but it led to steady work in other local plays.

By then, the Ziegfeld Follies had become an entertainment staple. Inspired by the Folies Bergere in Paris, Ziegfeld Follies was part Broadway show, part vaudeville, featuring top entertainers such as W.C. Fields, Eddie Cantor, Fanny Brice and Will Rogers. Juicing up the show were beautiful female dancers who performed to elaborate chorus numbers composed by Irving Berlin and who wore costumes by Art Deco designer and illustrator Erte.

Travis became the youngest Ziegfeld Follies Girl when she was hired at age 14. She became a principal dancer in 1920.

She turned to silent movies with "At the Stage Door" and "The Broadway Peacock" in 1920 and "Tell Your Children" in 1922. But she never really got into film.

Travis' love of dancing and musical theater was shaken when the stock market crash of 1929 ushered in the Depression and an end to many theaters.

At a friend's suggestion, she applied for a job as a tap dance instructor at the Arthur Murray Dance Studios in New York. She got the job and branched into social dance. She eventually opened a Murray franchise in Michigan and began a second career.

Murray gave her a list of people who had taken lessons or paid for some and hadn't completed them, and one of the first people she contacted was Paul H. Travis, whom she married in 1949. He died in 2000, a few days before his 100th birthday.

great word pulchritude...love that one