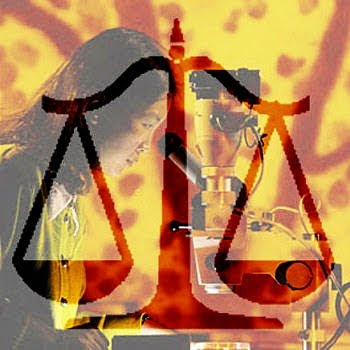 PHYSORG.COM
In a paper published this week in the journal Science, experts caution that important ethical issues in the testing of new therapies like stem cells may not be receiving the attention they deserve. Carnegie Mellon University's Alex John London joined McGill University's Jonathan Kimmelman and Marina Emborg of the Wisconsin National Primate Research Center at the University of Wisconsin-Madison to examine the way scientists, physicians, and regulators evaluate risk and benefit when testing new drugs in human beings for the first time. According to their report, scientists and regulators tend to focus on how individual patients should be protected from risks, and as a result, overlook how medical advance itself can be adversely affected by poorly designed clinical trials.

For the past few decades, numerous highly innovative therapies have been introduced into human testing, including genetic-based approaches, stem cells and therapies aimed at reprogramming the immune system. Patients with serious illnesses often flock to these studies in hope of a cure. These studies are often controversial, however, because some scientists and regulators consider them too risky while others suggest it is unethical to deny critically ill patients access to these studies.

London and his co-authors argue that debates over access neglect key ethical issues. "Right now, ethical oversight is highly focused on protecting research participants and giving individuals access to scientific developments," said London, associate professor of philosophy and director of Carnegie Mellon's Center for the Advancement of Applied Ethics and Political Philosophy. "These are important issues. But ethical oversight needs to also ensure that decisions about launching human testing are based on a range of considerations that are not easily captured in the current focus."

"What is often overlooked," said Kimmelman, "is that allowing studies of poor scientific quality to proceed potentially undermines the entire scientific enterprise, because they undermine trust, consume scarce research resources, and weaken incentives for medical scientists to perform the best research they can."

"Clinical research is like a scientific bucket-brigade," London added, "where one group of scientists hands knowledge to the next, and they do a trial and hand their results to the next, and a problem with one link in the chain can derail a whole program."

To safeguard the advancement of medical research, the authors suggest that four key questions must be answered when researchers propose human studies of new therapies. They are:

* Did animal experiments show reliable effects on disease?
* Are the animal models similar enough to human beings that favorable results are to also occur in human trials?
* To what extent are researchers justified in believing that observations in animals will hold up in human beings? and
* Will clinical trials apply the exact conditions that were used in successful animal studies?

The authors suggest that there are instances when human trials are initiated despite unsatisfactory answers to these questions.

"The knowledge and interventions that science produces are valuable social goods," London said. "Everyone who cares about medical advance has an interest in preserving the integrity of the process that makes these goods possible."
Posted by Mercury at 10:45 AM