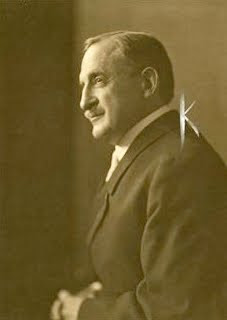 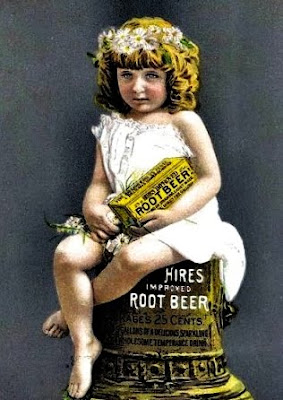 Hires Root Beer was created by Philadelphia pharmacist Charles Elmer Hires. Hires first tasted root beer, (a traditional American beverage dating back to the colonial era), while on his honeymoon in 1875. By 1876, having developed his own recipe, Hires was marketing 25-cent packets of powder which each yielded five gallons of root beer. At Philadelphia's Centennial Exposition in 1876, he cultivated new customers by giving away free glasses of root beer. Hires marketed it as a solid concentrate of sixteen wild roots and berries. It claimed to purify the blood and make rosy cheeks. In 1884, he began producing a liquid extract and a syrup for use in soda fountains, and was soon shipping root beer in kegs and producing a special fountain dispenser called the "Hires Automatic Munimaker." In 1890, the Charles E. Hires company was incorporated and began supplying Hires root beer in small bottles.

Hires' choice of name for his product caused a problem: the word "beer" drew the wrath of the temperance movement[citation needed]. He had his root beer tested by a laboratory, and trumpeted their conclusion that a glass of his root beer contained less alcohol than a loaf of bread.

Hires Root Beer was promoted as "The Temperance Drink" and "the Greatest Health-Giving Beverage in the World." Hires advertised aggressively, believing "doing business without advertising is like winking at a girl in the dark. You know what you are doing, but nobody else does."

Hires Root Beer kits, available in the United States and Canada from the early 1900s through the 1980s allowed consumers to mix an extract with water, sugar and yeast to brew their own root beer. However, most consumption was of pre-bottled root beer.

Consolidated Foods bought the company from the Hires family in 1960, only to sell Hires two years later to Crush International. Procter & Gamble bought Crush in 1980, and sold it to Cadbury Schweppes in 1989. Cadbury spun off its soft drinks as Dr Pepper Snapple Group in 2008.

The manufacturer considers it the longest continuously made soft drink in the United States; however, Vernor's ginger ale (currently also owned by Dr Pepper Snapple Group) also makes that claim.

That’s how last week’s column started, with that quote from the Dr Pepper/7-up website. No, this is not a rerun.

At our last get-together, I sought to show that Hires is not “America’s original root beer.” To the contrary, root beer had been consumed, sub nom. “short beer,” in colonial days, and was re-dubbed “root beer” long before pharmacist Charles E. Hires served it at his drug store in Philadelphia.

Yet, Dr Pepper/7-up’s owner, Cadbury/Schweppes, the third largest soft drink maker in the world (and largest maker of “uncolas”), blithely spews the untruth that Hires is “America’s original root beer.”

But what of its claim that Hires Root Beer is “more than 120 years old”—that is, that it dates back to some time earlier than 1885?

It’s true—or not—depending on how you define “Hires Root Beer.”

Probably to most of us, the words “Hires Root Beer” signify a brand of a ready-to-drink, carbonated, root-based soft drink, available in bottles or cans. Such a product was not on the market in 1885.

There were, indeed, carbonated soft drinks (or “pop”) in bottles then. But Hires Root Beer wasn’t among them. (Soft drinks didn’t come in cans until 1938 when Cliquot Club Ginger Ale first appeared in tin containers.)

Most sources list 1893 as the date when bottled Hires Root Beer went on the market. According to a 1932 United States Board of Tax Appeals decision, it was in 1895 that the Charles E. Hires Company “added to its former products carbonated root beer put up in bottles ready for consumption.” Whichever date is right, it was later than 1885.

Those “former products,” according to the decision, were “Hires’ Improved Root-Beer Package,” inaugurated in 1877, which was “a dry preparation known as from which root beer was obtained by a simple process,” and “Hires’ Root-Beer Extract,” introduced he following year, “from which, by the addition of water and yeast, root beer was easily made, ready for consumption.” Neither product constituted a “root beer”—they were the makings for root beer.

So, the only way Hires Root Beer could be said to date back more than 120 years is if you take into account the glasses of root beer Charles Hires sold to customers at his drug store.

Just when it was that he started making those sales is not known. Various websites blindly parrot the phrase “Hires Root Beer was created by pharmacist Charles Elmer Hires on May 16, 1866,” but no documentation is provided. Given that Hires was born Aug. 19, 1851, that would mean he was 14. The 1866 date is rendered all the more doubtful in light of the lore that his recipe for root beer was based on one for an herbal tea which he secured from an innkeeper in New Jersey while he was on his honeymoon.

That “honeymoon” tale appears on the Cadbury Schweppes website and was embraced by the previous owner of Hires, Crush International, Inc. There are, however, other versions of how Hires Root Beer came to be. As the obituary of Hires dispatched by the Associated Press on July 12, 1937 told it:

“Hires was a young medical student at the Jefferson medical college when a friend, Dr. Russell Conwell, founder of the Temple university, asked him to assist in concocting a beverage for sale to Pennsylvania miners in the intrerest of a temperance movement. With two other professors, they made the drink out of root, bark, and berry ingredients.”
It’s been speculated that the serving of the soft drink at Hires’ drug store stemmed from carbonated water at the soda fountain being added to Hires’ herb tea. This is unlikely, implying as it does the chance discovery of something new, while root beer was by then a common beverage.

Don Yates
Posted by Mercury at 8:58 AM

Considering Charles E. Hires is my Great, Great, Great Grandfather and we still have original recipes... I will credit the man and not the lore.