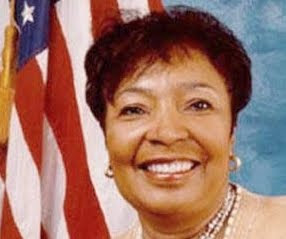 The recipients were ineligible under anti-nepotism rules of the Congressional Black Caucus Foundation, which provided the money. And all of the awards violated a foundation requirement that scholarship winners live or study in a caucus member’s district.

Johnson, a Democrat, denied any favoritism when asked about the scholarships last week. Two days later, she acknowledged in a statement released by her office that she had violated the rules but said she had done so “unknowingly” and would work with the foundation to “rectify the financial situation.”
Posted by Mercury at 9:58 AM