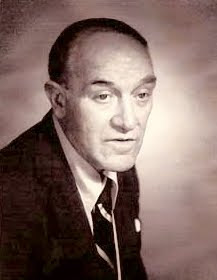 The New York Times
Bernard M. W. Knox, an authority on the works of Sophocles, a prolific scholar and the founding director of Harvard’s Center for Hellenic Studies, died July 22 at his home in Bethesda, Md. He was 95.

The cause was a heart attack, said his son, MacGregor.

An American born and raised in Britain, Bernard Knox led a life as richly textured as the classics he interpreted for modern readers. After studying classics at Cambridge, he fought with the Republican forces in the Spanish Civil War. While serving in the United States Army during World War II, he parachuted into France to work with the resistance and went on to join the partisans in Italy.

Returning to the United States with a Bronze Star and the Croix de Guerre, he resumed his study of the classics at Yale, where he earned a doctorate in 1948 and taught, becoming a full professor in 1959. In 1961, he was asked to lead the Center for Hellenic Studies in Washington, a Harvard affiliate, whose directorship he held until 1985.

His first book, which established his reputation, was “Oedipus at Thebes: Sophocles’ Tragic Hero and His Time.” Originally published in 1957 by Yale University Press, it remains in print in a new 1998 edition, as do several of his other books.

Notable among those is a landmark anthology he edited with college students as well as general readers in mind, “The Norton Book of Classical Literature” (1993).

Professor Knox was admired for the clear and powerful prose he brought to his essays, many of them published in general-interest magazines like The Atlantic Monthly, The New Republic and The New York Review of Books.

They remain required reading in college courses on Greek and Roman literature and were collected in “The Heroic Temper: Studies in Sophoclean Tragedy” (1964), “Word and Action: Essays on the Ancient Theater” (1980), “Essays Ancient and Modern” (1989), “The Oldest Dead White European Males and Other Reflections on the Classics” (1993) and “Backing Into the Future: The Classical Tradition and Its Renewal” (1994).

Bernard MacGregor Walker Knox was born in Bradford, West Yorkshire, on Nov. 24, 1914. He studied classics at St. John’s College, Cambridge, from which he graduated in 1936. Spurred by the rise of Mussolini and Hitler, he had committed himself to the political left well before that.

He spent vacations in Paris, staying in cheap hotels, becoming fluent in French and befriending fellow students marching against fascism for the Popular Front. When civil war broke out in Spain, he joined a machine-gun unit of the French Battalion of the 11th International Brigade, fighting on the northwest sector of the Madrid front. He described his experiences in “Premature Anti-Fascist,” a lecture delivered in 1998 at New York University.

In 1939, he married Betty Baur, an American he had met in Cambridge, and began teaching Latin at a private school in Greenwich, Conn. His wife died in 2006. In addition to his son, MacGregor, of London, he is survived by a sister, Elizabeth L. Campbell of Chapel Hill, N.C., and two grandchildren.

Soon after the Japanese attack on Pearl Harbor, he enlisted in the Army, where he trained as an aircraft armorer and, after attending officer training school, returned to Britain in 1943 as an air defense officer at a B-17 bomber base.

He found the duty boring and approached the Office of Strategic Services, which took note of his fluent French and assigned him to an operations unit, despite his history with the international brigades in Spain.

After training as a parachutist, he fought with a special force organized by the O.S.S., the British and the Free French to coordinate elements of the French Resistance with advancing Allied troops after the Normandy invasion. He also instructed members of the French Maquis in the use of explosives.

The O.S.S. later sent him into northern Italy for an equally dangerous mission with the Italian underground, and it was there that he rekindled his passion for the classics. Holed up in an abandoned villa, he discovered a bound copy of Virgil and opened it to a section of the first Georgic that begins, “Here right and wrong are reversed; so many wars in the world, so many faces of evil.”

Professor Knox recalled, in “Essays Ancient and Modern,” “These lines, written some 30 years before the birth of Christ, expressed, more directly and passionately than any modern statement I knew of, the reality of the world I was living in: the shell-pocked, mine-infested fields, the shattered cities and the starving population of that Italy Virgil so loved, the misery of the whole world at war.”

He continued, “As we ran and crawled through the rubble I thought to myself: ‘If I ever get out of this, I’m going back to the classics and study them seriously.’ ”

Professor Knox’s many honorary degrees and distinctions included the George Jean Nathan Award for dramatic criticism in 1977, given for a review-essay in The New York Review of Books on Andrei Serban’s production of “Agamemnon” at Lincoln Center; the Charles Frankel Prize of the National Endowment of the Humanities, in 1990; and the Jefferson Medal of the Philosophical Society of America in 2004.

The Frankel Prize, awarded for contributing to the public’s understanding of the humanities, cited his books on Greek culture written for a general audience. In 1992, the National Council on the Humanities chose Professor Knox to deliver its yearly Jefferson Lecture in the Humanities, the highest honor the federal government confers for distinguished intellectual achievement in the humanities.

In his later years, he found himself defending classical learning against the champions of multiculturalism.

“There is a sort of general feeling among radicals that the whole of the Western tradition — and the Greeks are the heart of that tradition — is something that has to be repudiated,” he told The Washington Post in 1992. “I feel appalled. God knows what the world would be like if we were all brought up on the stuff they’d like us to read.”
Posted by Mercury at 1:45 PM