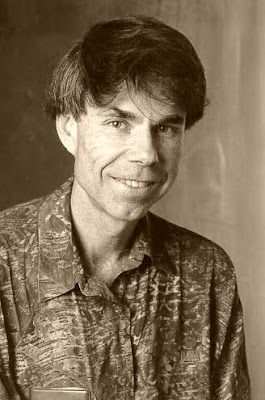 "Popular Culture and the Threat to Rational Inquiry"

Douglas R. Hofstadter
[Douglas R. Hofstadter is College of Arts and Sciences Professor of Cognitive Science and Computer Science at Indiana University in Bloomington, where he is affiliated with several departments and directs the Center for Research on Concepts and Cognition. He is the author of several books, among them Gödel, Escher, Bach: an Eternal Golden Braid (Basic Books, 1979), and Le Ton beau de Marot: in Praise of the Music of Language (Basic Books, 1997).]

When I was growing up science was not sugar-coated. By this I mean that science, when presented to children and teens, was not combined with irrelevancies such as action-packed stories, rock music, amusing quipsters, sassy jokes, sexual innuendoes, or up-to-date teen slang. It never occurred to me that science was some kind of "bitter pill" that needed sugar-coating. No, for me, science--in particular, physics, since my Dad was a physicist--was already filled with alluring romance and enticing mystery.

I vividly remember my father bringing home some posters about atomic physics that aimed to convey the mysterious nature of atoms and the even more mysterious nature of the particles composing them. I was about 8 years old when, through these posters, I first heard terms like "electron," "proton," "neutron," and "photon," and was captivated by the weirdness that I sensed in each of them. The core of my fascination came from the stark contradiction between the fact that all matter, including my body, was made of these entities, and the fact that these entities were not only invisible and intangible, but in some sense, inconceivable.

What could be stranger, and hence more alluring, to a child's mind than the realization that reality is composed of the seemingly most unreal fabric whose primal entities, far from being solid little spheres, are more like ghostly essences with magical properties such as "spin," "charge," and "wavelength?" Mind you, I did not know quantum mechanics at that age--nothing remotely like it--but I could pick up much of its mysterious flavor from these posters. One of their great features was that they did not oversimplify by resorting to the cliché depiction of subatomic particles as tiny billiard balls or that of electrons as endlessly zipping around the nucleus in perfect circles. What I absorbed, at a very early age, was simply a flavor: the flavor of physics as that field of learning that seeks out the universe's deepest mysteries and confronts them head-on, not sidestepping but indeed wallowing in their counterintuitive, seemingly self-contradictory, aspects.

I believe that it is this sense of mystery that lies at the core of science. All great science, it seems to me, is motivated by a fascination with mystery, and by that I do not mean the clearing-up of mysteries, as in puzzle-solving. I mean something more akin to the feelings of awe and strangeness that one has when confronted with inconceivables such as the vastness of the cosmos, the seemingly paradoxical constancy of the speed of light, the ethereality of the tiniest constituents of matter, or the shimmering between wave-nature and particle-nature exhibited by those ghostly items.

These feelings can also be evoked by phenomena closer to home. I remember experiencing the same sense of cosmic awe at age 10 during a climb to the peak of California's Mount Lassen with my Dad and one of his graduate students. I heard that there had once been a huge mountain near Lassen called "Tehama," but that it had blown itself into smithereens in an enormous eruption many thousands of years ago, leaving giant lava flows and volcanic debris all around, but otherwise no trace of itself.

Suddenly, the mere word "Tehama" exuded, in my mind, a powerful aura of horrendous cataclysm and profound primordiality. What a wonderfully stirring feeling for a 10-year-old to experience!

How many people of any age experience this feeling today? Are there television shows that attempt to evoke this kind of excitement? What does the use of rock music or quick-paced adventure stories (as an attempt to make science shows more "palatable") have to do with inducing this intoxicating sense of weirdness and even near-incomprehensibility in children?

I must admit that even during my childhood teachers tended to broach science very gradually, starting with backyard phenomena such as butterfly metamorphosis, the phases of the moon, and so on. I found this somewhat boring and disappointing. I yearned to hear about and to be immersed in strange, baffling stuff, to be--to use an old-fashioned but I think very evocative term--electrified.

Today's sugar-coated television science shows would have totally turned me off when I was a child, and perhaps they turn children off today--those who, like me, are lured by mystery, those who prefer a schematic, black-and-white diagram to a full-color, glossy set of photographic images that dazzlingly capture the surface of some phenomenon but convey nothing of what lurks behind the scenes. When I was a child I was mesmerized (another of those old-fashioned terms) by graphs of experimental findings, by hidden abstract relationships revealed as visual patterns. Long before I could do even the simplest algebra, I felt in my bones that it was somehow both magical and majestic, that mathematical equations captured the nature of the most hidden corners of reality. It was, indeed, this sense of power and awe that led me to want to learn mathematics. I do not advocate drowning children in pages of incomprehensible graphs, let alone equations, but I do feel that it is crucial to convey the sense that in equations and graphs can be found enormous, central truths about how things are, truths that are otherwise utterly inaccessible to the human imagination.

A reverential attitude toward the laws of nature seems to me to be rarer than a hen's tooth. Society today seems to be pervaded by a deep, unconscious, anti-science bias. Scientists are represented in movies, television, and books as heartless, humorless nerds who would sooner kill than smile, sooner write abstruse formulas than make love. Perhaps even more important is the dismissive attitude toward science as an explanatory framework for the world, and--the flip side of the coin--the welcoming of so-called "mysteries" such as after-death experiences, alien abductions, crystal channeling, crop circles, telekinesis, clairvoyance, extrasensory perception (ESP), or remote viewing.

The following anecdote will perhaps convey the incredible shift in attitude that I believe has taken place over the past 30 or 40 years. A couple of years ago my son Danny, then 8, was obsessed, as were so many kids of his age, with the Goosebumps books by R. L. Stine--adventure stories featuring precocious and cocky kids who always seem wiser than their stodgy parents. One night I began to read one to him, and before long I picked up a strong scent of the supernatural. After just two or three chapters I realized that I was going to be placed in the position of reading to him about objects and creatures with all sorts of magical powers, and that these stories were going to sound, in most other respects, much like everyday life in our neighborhood. In other words, through me, of all people, my son was now going to be immersed in a web of subtle, subliminal suggestions that all sorts of "paranormal" phenomena lurk around us, and, moreover, that those who are resistant to this kind of suggestion are the stodgy, unimaginative parental figures who populate the Goosebumps series.

Although new and disturbing to me at the time, it probably is not new to most readers of this essay. But my point is still to come. One day Danny brought home a library book that he had picked out to fulfill a class reading assignment. At first glance it looked similar to or perhaps even worse than the Goosebumps books. It was a ghost story, one in which the fresh and open-minded children were, of course, believers in some ghost, while their dull, stodgy parents were resistant to such a "radical" notion. So I prepared myself to be subjected to yet another implicit onslaught on scientific inquiry, and to an implicit encouragement to swallow whole the paranormal event. To my surprise, in this book things took a different turn. The parents' skepticism, first resisted by their children, gradually intrigued them, and then led them to embark on a systematic investigation of the "ghost." Soon they began to spot telltale pieces of evidence that the "ghost" was, perhaps, not so ineffable after all, for it turned out that the "ghost" who haunted their new house was in fact a strange, lonely boy in the clutches of a gruff man who lived in a secluded shack not far away. Suddenly the "ghost" evaporated, replaced by a human face, and the story ended happily for the family, the boy, and the scientific enterprise of careful, rational, experimental exploration of unexplained events.

What is the point of telling you about this second book? Well, it all hinges on the dates involved. The latter story was written in the early 1960s, whereas the Goosebumps series dates from the 1990s. This makes the point rather clear: The sands have shifted radically in 30 years. A "debunking" book like this is no longer fashionable. Who today wants to read about anything as thought-provoking and "uncool" as debunking? Where once a movie like "Rosemary's Baby" caused quite a stir because it featured some supernatural events, today such movies are commonplace. The "magical realism" movement, where natural and supernatural events happily commingle, has become enormously influential in serious literature, as well. Movie and television viewers and readers of serious literature are given the tacit message that the line between the natural and supernatural is blurry, and perhaps even nonexistent.

Not surprisingly, concomitant with these high- and pop-culture trends comes a profoundly disturbing collective shift in attitude. The general public no longer views science, let alone the ultimate truths of the universe, with a sense of awe and mystery, but instead considers it conservative and mundane, "trapped" in logical thinking. It is as if the shackles of rigidity have--thank God--been removed when "open-minded" attitudes are conveyed on television, in books, in movies about ESP, UFOs, or any of a thousand other varieties of alleged paranormal phenomena. The great danger, in my estimation, is not so much that vast numbers of children and adults will get sucked wholesale into truly goofy belief systems (channeling, abduction, and so on), but that they will be misled into accepting the implicit message that science is boring, conservative, closed-minded, devoid of mystery, and a negative force in society. Again, this message is not overt, but tacit, perhaps not even consciously intended. Yet it is precisely this subliminality that makes it so insidious and dangerous.

I have no quick fixes. I do not know how to quickly and easily repair decades of damage. I do not even fully understand why the sands have shifted so radically. All I can do is look on in sadness and worry about the future of rational inquiry, bemoaning the loss of awe toward genuine mysteries that our society was once lucky enough to possess.
Posted by Mercury at 8:31 AM