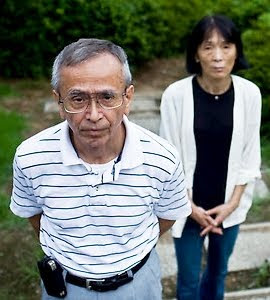 The New York Times
ON a December morning in 1991, Toshikazu Sugaya’s quiet, anonymous existence in this sleepy city north of Tokyo ended abruptly with a knock on his door.

It was the police. They wanted to question Mr. Sugaya, then a 45-year-old divorced school bus driver with no friends, in connection with the grisly murder in 1990 of a 4-year-old girl. After 13 hours of interrogation, during which Mr. Sugaya says the police kicked his shins and shouted at him, he tearfully admitted to that murder and to killing two other girls. He was convicted of one murder and sentenced to life in prison.

But last year, after prosecutors admitted that his confession was a fabrication made under duress and that a DNA test used as evidence had been wrong, Mr. Sugaya was released. A court later acquitted him.

The disclosure that Mr. Sugaya had been wrongfully imprisoned for more than 17 years shocked Japan even more than his conviction as a serial killer had. His release drew a barrage of news media coverage, shaking the public’s faith in the police and the courts at a time when Japan’s prolonged economic decline has created growing doubts about Japan’s national institutions in general.

Mr. Sugaya, now 63, has become a national figure, and perhaps the country’s most vocal critic of forced confessions — a recurring problem here. He has written or co-written three books, including one titled “Falsely Convicted,” and tours the country giving talks about his experience.

“I tell people not to believe the police,” said Mr. Sugaya, a small, slightly built man whose face seems almost hidden behind a large pair of wire-rim glasses. “Look what they did to me.”

Indeed, with slumped shoulders and an almost cowering demeanor that brings to mind a frightened animal caught in car headlights, Mr. Sugaya seems as unlikely a crusader against the abuse of power as he did a serial killer. But he can be disarmingly open, and his voice exudes a quiet confidence that he says he acquired in prison, where he learned to fend for himself.

During those years, he said, he met other convicts who told him they had been convicted because of false confessions. He said a desire to help them and others is one reason he has embraced his newfound celebrity, though he remains visibly uncomfortable with all the attention.

“I want to go back to my quiet life of before,” Mr. Sugaya said. “But when I think that others have suffered the same treatment as me, I want to work to help them.”

Before his ordeal, Mr. Sugaya described himself as a shy man who avoided conversations and rarely said more than a few words. After a marriage that lasted just three months, he divided his time between living with his parents and spending weekends alone at a small house he rented.

Unbeknown to him, the police had been following Mr. Sugaya for a year before his arrest. A witness had told them that Mr. Sugaya had been at a pachinko game parlor about the same time that the 4-year-old victim, Mami Matsuda, was last seen there.

In 1991, after his initial confession and subsequent arrest, Mr. Sugaya said he spent weeks concocting increasingly complex stories about how he murdered Mami and two other girls who had been killed in the 1980s. Mr. Sugaya, who said he had never really met any of the girls, said that at the time he was actually afraid that the police would discover he was lying and would start shouting at him again, a prospect he said paralyzed him with fear.

THE police now admit that they missed glaring discrepancies between Mr. Sugaya’s fabricated accounts of the killings and actual forensic evidence. Mr. Sugaya said he took the girl away on his bicycle; a witness reported seeing a man lead her away on foot. Mr. Sugaya also failed to identify the sites where the bodies had been buried.

Still, even when Mr. Sugaya started to proclaim his innocence midway through his trial, judges, prosecutors and Mr. Sugaya’s own defense attorney ignored him, apparently in the belief that his initial confession was correct. Legal experts say this reflects the extreme importance that Japanese prosecutors and courts still place on confessions.

Mr. Sugaya said the question he is now asked the most is why he confessed so quickly to crimes he did not commit. Describing himself as insecure and “excessively spineless,” he said his willpower just seemed to collapse after what he said were hours of police officers screaming at him so loudly that his ears still ring 19 years later. He said he finally confessed to all three killings just so the ordeal would end.

Hiroshi Sato, a defense lawyer who later took up Mr. Sugaya’s case, said another problem was misplaced faith in a rudimentary DNA test that matched Mr. Sugaya with sperm found on one of the murdered girls. After years of fruitlessly petitioning courts for a retrial, Mr. Sato finally won Mr. Sugaya’s freedom after a more advanced genetic test disproved the earlier result.

“We’ve had cases of false confessions before, but never one where the evidence was this clear-cut,” said Akira Kitani, a former judge who now teaches law at Hosei University in Tokyo.

The police said mistakes were made because they were under pressure to solve the murders of the three girls, which shook this quiet community. The actual killer has never been found and could not be prosecuted now because Japan has a statute of limitations in murder cases.

Mr. Kitani said Mr. Sugaya’s release has prompted broader moves to hold retrials in several similar cases, including one involving a 1967 robbery-murder in which two men were imprisoned based solely on confessions that they later recanted.

AS part of his efforts to draw attention to false confessions, Mr. Sugaya said he had visited that trial, which is now under way. He said his presence in the courtroom was intended to spur the news media to report that the two men might be innocent.

Still, he says, he finds his new prominence oppressively hard to escape. On a recent afternoon, just walking across a parking lot, Mr. Sugaya was stopped by uniformed attendants.

“You’re Sugaya-san, aren’t you?” asked one of the men.

He said the toughest part of his experience has been coming to terms with what he lost while in prison. In particular, he said, he was never able to meet his parents again. His father, a medicine salesman, died two weeks after the arrest, apparently of shock, Mr. Sugaya said.

His mother refused to visit him in prison, and once told the police that she wished they would execute him so he could be “sent home in a box.” She died three years ago, before her son was exonerated.

“I wish I could explain to her what really happened,” Mr. Sugaya said, his voice breaking the only time during a two-hour interview that touched on many painful topics.

Mr. Sugaya said that he felt a growing anger, and that he had started having trouble sleeping because of flashbacks to his interrogation. He also said that he had wanted to find some sort of closure by filing a lawsuit against the two detectives who forced him to confess, but that his lawyers and supporters advised against that because it could prove too emotionally traumatic.

“In the end, I still end up blaming myself,” Mr. Sugaya said. “If I just had been a bit stronger in front of the police, none of this would have happened.”


Iranian woman coerced to confess?
Posted by Mercury at 6:41 AM