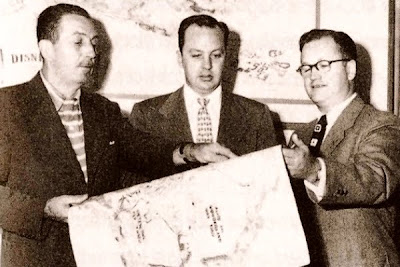 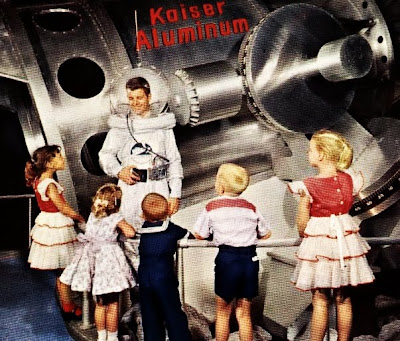 Walt Disney and similar entrepreneurs relied heavily on people like Harrison Price to do all the footwork and logistics before the first shovel turned dirt...and it certainly paid off for Disney.

After Disney turned to Price for advice on where to build his first theme park, he analyzed population trends, land prices, accessibility and climate — and zeroed in on an orange grove in Anaheim.

He "was as much responsible for the success of the Walt Disney Co. as anybody except Walt Disney himself," Michael Eisner, former chief executive of the company, said in a statement.

After Disney turned to Price in 1953 for advice on where to build his first theme park, the engineer analyzed population trends, land prices, accessibility and climate — and zeroed in on a 160-acre orange grove in Anaheim.

"We hit it right on the nose, dead center," Price later said. "That was the perfect place for it."

Keith Murdoch, who was Anaheim's city manager in 1953, called Price "a real visionary" who was "instrumental in expanding Walt's dream of a small park to one of worldwide significance."

When Disney decided to build another theme park in the East, Price studied and discarded New York and Washington, D.C., before recommending the Orlando area for its mild winters and central Florida location. Disney World opened in 1971, almost five years after Disney's death.

Nearly every amusement park built since the 1950s in some way reflects Price's approach to planning theme parks, according to experts.

"When it comes to statistical data gathering and analyzing the industry, he truly was the guru," said Dennis Speigel, president of International Theme Park Services, a Cincinnati consulting firm. "That harkens back to the days of Walt Disney and Disneyland. Even today, in 2010, we use the Buzz Price format" when crunching numbers.

Marty Sklar, a retired longtime Disney executive, said that "Walt didn't like 'yes men,' and in Buzz he felt like he had an independent voice who was not going to just tell him what he wanted."

Harrison Alan Price was born May 17, 1921, in Oregon City, Ore., to the manager of a men's store and his wife. "Buzz" was a family nickname.

With his family, he moved to San Diego in 1930 and then San Bernardino, where he graduated from high school.

After receiving a bachelor's degree from Caltech in 1942, Price worked as a sales engineer in South America before earning a master's in business administration in 1951 from Stanford University.

He was working at Stanford Research Institute when Disney hired him to ponder his first theme park.

"I asked Walt if he had a bias about its location," Price later recalled. "Did he have any thoughts about where he thought it ought to be? He said, 'Absolutely not. You tell me where the best location is.' "

Disney encouraged Price to open his own firm, which he did in 1958. As a consultant, he conducted more than 150 project studies for Walt Disney Co., including the site selection and feasibility study for Tokyo Disneyland.

A month before Disney died in 1966, he "placed a stack of notebooks in Buzz's hands, saying, 'Here, take care of my school for me!' " Miller said in a statement. "Dad knew the hands to place his dream in, that Buzz would see it through."

His Disney colleague Sklar simply said, "CalArts would not exist without Buzz."

At CalArts, Price had chaired the Board of Trustees. He also was a founding board member of the Los Angeles Master Chorale.

"He was literally the life of the party," Sklar said, "so well-read and knowledgeable."

Well into his 80s, Price continued to practice what he called "roller coaster math," hewing to a principle he spelled out in his 2004 book, "Walt's Revolution! By the Numbers": "Guessing is dysfunctional. Ignoring prior experience is denial. Using valid numbers to project performance is rational."

Price is survived by his wife, Anne, whom he married in 1944; four children, Holly Ristuccia, who sings with the Los Angeles Master Chorale, of Claremont, artist Dana Price of Sausalito, sculptor Bret Price of Orange and architect David A. Price of Irvine; a sister, Patricia Scott Mannarino of Oakland; nine grandchildren; and two great-grandchildren.
Posted by Mercury at 12:17 PM