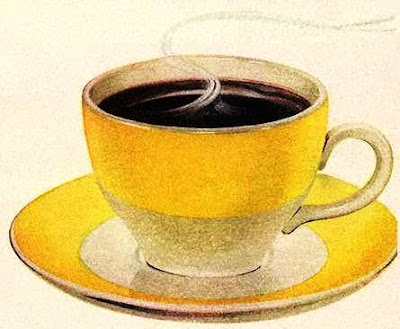 In 1903, the first U.S. patent for instant coffee was issued to Satori Kato of Chicago, Illinois. It was entitled "Coffee Concentrate and Process of Making Same" (No. 735,777). The application was filed 17 Apr 1901, in which year his Kato Coffee Company introduced the product at the Pam-American Exposition in Buffalo. Two years earlier, four men had formed the company when an American coffee importer and a roaster contacted Sartori Kato (the Japanese inventor of a soluble tea), who adapted his process of dehydration to coffee, with the assistance of an American chemist.

Wired
1903: A Japanese chemist living in Chicago receives the first U.S. patent for instant coffee. Hundreds of millions of caffeine-craving addicts will rue the day, but others have no grounds for complaint.

Water-soluble “instant” coffees first saw light of cup in Britain in 1771. But the product had a short shelf life and went rancid fast, so the process had a short historical life and went away fast. An American attempt in 1853 was followed by a pre–Civil War cake of powdered coffee. Same deal: It wouldn’t keep, so it didn’t sell.

Satori Kato was the Japanese inventor of soluble tea. A U.S. coffee importer and a coffee roaster asked him to apply his dehydration method to coffee. With the help of an American chemist, Kato worked out the details. His April 17, 1901, patent application explained the problem and how he solved it:

The volatile oil is mixed with the solid aqueous extract, but I have discovered that an attempt to effect this without other precaution results in the production of a pasty sticky mass which does not resist rancidity, but quickly spoils under the usual conditions of transportation and storage. I have further discovered that the difficulty arises from the presence of in the concentrate of the nonvolatile coffee-fat or at any rate is overcome by its removal, which, I believe, I am the first to effect.

I separate the volatile oil and the fats from the coffee and remove the fiber and reduce to a hard substance. This hard substance is reduced to a finely divided condition and a portion thereof is pulverized and thoroughly mixed with the pure volatile oil and dried, after which this mixture is mixed with the remainder of the hard substance and used in this granulated or flaky form or pressed into tablets.
The Kato Coffee Company distributed free samples of the coffee-like product later that year at the Manufactures Building of the Pan American Exposition in Buffalo, New York. However, it was an assassin’s bullet, and not instant coffee, that killed President William McKinley when he visited the fair in September.

Another inventor, George C.L. Washington, started mass-producing Red E Coffee in 1909, and he supplied instant-coffee rations to U.S. troops during World War I. Nescafé, which developed an improved process and started marketing the new brew in 1938, supplied the U.S. military in World War II.

Say what you will about the taste, instant coffee is fast and easy and doesn’t take much equipment. Those are big advantages to an army in the trenches or an army on the move.

The 1950s mania for the quick, the convenient and the modern gave instant coffee a heydey, but the Europeanization of American coffee tastes in the 1980s and 1990s created disdain for the product amongst North American foodies. Still, you’ll find instant coffee on supermarket shelves everywhere, even in upscale neighborhoods and posh suburbs, not to mention the premium instant coffee so popular in, yup, Europe.

Instant coffee [Wikipedia]
Posted by Mercury at 6:50 AM