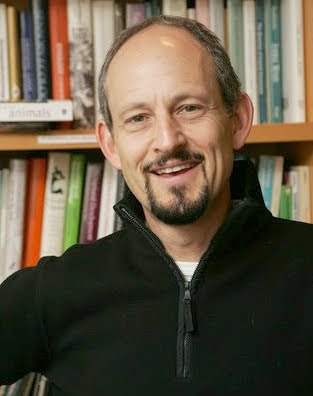 "In Harvard Lab Inquiry, a Raid and a 3-Year Wait"

Dr. Hauser continued to publish and lecture widely until last week, while all the time researchers at Harvard and elsewhere who knew of the raid kept waiting for the other shoe to drop.

In January this year, a faculty committee at last completed its report, said to contain eight charges against Dr. Hauser. But the report was kept secret and nothing changed until this month when someone showed The Boston Globe a letter about the investigation from Dr. Hauser to his faculty colleagues. Dr. Hauser’s automated e-mail reply says he is “on leave, furiously writing a book.”

Dr. Hauser has been one of Harvard’s rising academic stars, with a public visibility approaching that of the psychologist Steven Pinker, whom he sometimes seemed to emulate. Dr. Hauser’s early research work was in the field of animal communication. He then started throwing his net wider. He took up new research methods for exploring babies’ thoughts and applied them to animals, showing that monkeys were capable of many cognitive feats thought unique to people.

Most researchers stick to their own disciplines, but Dr. Hauser was fearless in forming collaborations with leaders in other fields. He worked with the linguist Noam Chomsky, the brain scientist Antonio Damasio, the child psychologist Elizabeth Spelke and the primatologist Richard Wrangham.

Several of these collaborations concerned the nature of morality, a subject he had reason to weigh because of an experience that had saved his father’s life. In his 2006 book “Moral Minds,” Dr. Hauser recounts how his father, as a young man in Nazi-occupied France, was warned by a French girl that Nazis were coming to their village. The girl said that if he was Jewish he could hide at her house. Though reluctant to announce he was Jewish, he accepted her offer. “When the Nazis arrived and asked if they were hiding any Jews, the girl and her parents said ‘No,’ and, luckily, escaped further scrutiny,” Dr. Hauser writes.

Dr. Hauser’s wide-ranging interests and intellect made him a forceful writer and lecturer. But his skills as an experimentalist were not always unquestioned. In 1995, he published an article in the Proceedings of the National Academy of Sciences reporting that cotton-topped tamarins, the species of monkey he then worked with, could recognize themselves in the mirror.

Gordon G. Gallup, the psychologist who invented the mirror test and established that only humans, chimps and orangutans could recognize their own image, was skeptical of Dr. Hauser’s result and asked to see videotapes of the experiment.

Dr. Hauser provided them. But “there wasn’t even any suggestive evidence,” said Dr. Gallup, who is at the State University of New York in Albany. “It was like a complete disconnect between what appeared in the paper and what I saw on the tapes.” Dr. Hauser at first disputed Dr. Gallup’s judgment but in 2001 reported that he had failed to replicate the earlier result.

Dr. Hauser, 50, was trained by two researchers renowned for the rigor of their field work on animal behavior, Robert Seyfarth and Dorothy Cheney of the University of Pennsylvania. “Marc was our first graduate student,” Dr. Seyfarth said. “But many years ago, we decided that Marc’s way of doing things and ours were not really the same. We just differed about our approach to research.”

One reason, Dr. Seyfarth said, was that he and Dr. Cheney studied animals in natural conditions, where the pace of data collection is much slower, whereas Dr. Hauser had moved into studying captive animals.

The captive animals, a colony of some 40 cotton-topped tamarins, may have contributed to the difficulties in Dr. Hauser’s laboratory. It is difficult to get the tamarins to pay attention, especially after the monkeys get used to experimenters.

“With some of these methods it was never clear to me how one could obtain meaningful results,” said a person with experience in Dr. Hauser’s lab, who requested anonymity for fear of retaliation. “The monkeys were often either jumping around, or not moving at all, and you rarely got the sense of an unambiguous response.”

Other experimental problems have come to light with three articles investigated by the Harvard committee. In two, the supporting data did not exist. Dr. Hauser and a colleague repeated the experiments, and say they got the same results as published. In a third case, Dr. Hauser retracted an article published in the journal Cognition in 2002 but gave the editor no explanation of his reason for doing so.

Researchers have been calling for Harvard to provide some explanation of whatever problems were found in Dr. Hauser’s lab. If his fault was merely keeping bad records, his reputation may suffer no lasting damage. But if any data has been fabricated, a cloud will be cast over all or much of his work, and that of his many collaborators, leaving other researchers unsure as to which of his experiments can be relied on.

Whatever the problems in Dr. Hauser’s lab, they eventually led to an insurrection among his staff, said Michael Tomasello, a psychologist who is co-director of the Max Planck Institute for Evolutionary Anthropology in Leipzig, Germany, and shares Dr. Hauser’s interest in cognition and language.

“Three years ago,” Dr. Tomasello said, “when Marc was in Australia, the university came in and seized his hard drives and videos because some students in his lab said, ‘Enough is enough.’ They said this was a pattern and they had specific evidence.”

Harvard told the psychology department that its members could take no action against Dr. Hauser while the inquiry was in progress. “He’s been in slow-motion fall for the last three years, but it hasn’t slowed him down one bit,” Dr. Tomasello said. Then in January, the faculty committee “came back with eight counts, which I have from someone in authority who read the report,” he said.

Dr. Tomasello said his information came from a Harvard faculty member and from former students of Dr. Hauser.

After the report was completed in January, “Everyone waited to see what would happen, and nothing happened until just recently when Harvard retracted the paper in Cognition,” Dr. Tomasello said.

In a long interview in 2006 to discuss “Moral Minds,” Dr. Hauser said that when he informed his parents he wanted to be a biologist, his father, a physicist, told him, “That’s just because I’m a scientist.” He told his father no, it was because he wanted to have ideas and test them.

He studied vervet monkeys in Kenya with Dr. Seyfarth and Dr. Cheney, and then did postdoctoral work with Peter Marler, a pioneer in the field of animal communication. In a 2007 article in Current Biology, Dr. Hauser reflected on what he had learned from Dr. Marler.

“Only once can I recall Peter giving me an explicit bit of advice, and this is when my impulsivity was getting the best of me,” Dr. Hauser wrote. “Peter kindly told me to slow down, reflect more, and publish less.”
Posted by Mercury at 6:32 AM