A "Silly" thing from Peter Hodgson 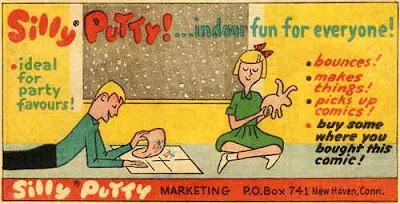 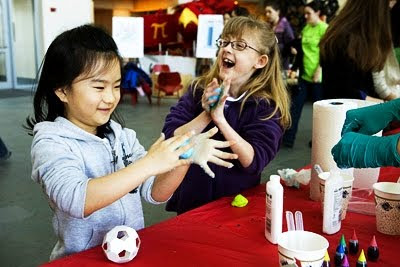 Peter (Calvert Leary) Hodgson was a marketing executive and entrepreneur who named "Silly Putty" and promoted it as a toy. It was a lump of rubber-like material could be stretched, rolled into a bouncing ball, or used to transfer colored ink from newsprint. The popularity of the product made him a millionaire. The original discovery was made in 1943 by James Wright who combined silicone oil and boric acid at the laboratories of General Electric while trying to make synthetic rubber. No significant application existed for the material. However, it was passed around by company employees as a curiosity. When Hodgson saw a sample, he realized its potential simply for entertainment. He sold it in one-ounce lumps packaged in plastic eggs.

Silly Putty [Wikipedia]
Posted by Mercury at 7:11 AM