So, what's wrong with this? 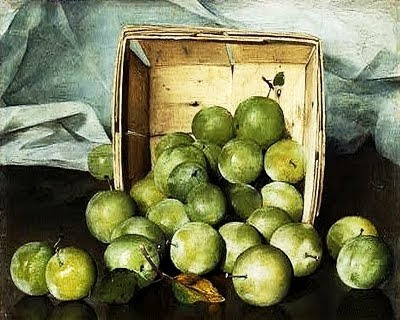 Nothing. No worse than the banking executives, These are just perks. Sure they might irritate some, but it's part of the job.

The New York Times
In addition to her $877,000 compensation package, Ellen V. Futter, president of the American Museum of Natural History, lives rent free in a $5 million East Side apartment that the museum bought when she came aboard.

The Metropolitan Museum of Art houses its director, Thomas P. Campbell, in a $4 million co-op that it owns across Fifth Avenue from the museum.

The director of the Museum of Modern Art, Glenn D. Lowry, may have the best deal of all. In addition to the $2 million in salary and benefits he earned last year, he lives in a $6 million condominium in the tower atop the museum.

But it’s not just the nice — and free — digs: None of these museum heads pay income tax on the value of the housing they receive, which combined would rent for about $400,000 a year.

To anyone who has ever sweated taking a home-office deduction, such executive perks may seem like an aggressive reading of the tax code. But the museums say their leaders are entitled to the same tax break given to university presidents and others whose housing, by law, is not treated as income because their employer requires them to live on a “business premises.” Also among that group: motel managers. The institutions say the exclusion — income the tax code says does not have to be reported — holds even if the housing is off-site because the homes function as business premises used for meetings and schmoozing with donors. (MoMA says Mr. Lowry actually lives on the premises because his home is just an elevator ride away.)

Many tax experts, though, regard such exclusions as risky calls, which is why, they say, they are seldom taken in the corporate world.

“It’s difficult to successfully argue one of these because they seem to stretch the purpose of the ‘business premises’ exclusion in the tax code,” said Daniel Goldberg, a law professor at the University of Maryland who specializes in taxation.

And other cultural institutions interpret the law differently. The J. Paul Getty Museum, Carnegie Hall, the Wildlife Conservation Society and the Morgan Library & Museum all treat the housing they provide their chief executives as taxable income though they too say those premises are used for business and entertaining.

“You could have two museum presidents that treat it differently because they use it differently,” said James P. Joseph, a lawyer with Arnold & Porter, a Washington firm, who specializes in nonprofit organizations.

A survey by the Association of Art Museum Directors this year found that 14 percent of its member organizations provide housing to staff, though how many treat it as a nontaxable benefit is unclear.

United States Tax Court rulings have gone both ways, sometimes exempting housing from income for executives who live off-site, and sometimes not. Each of the museums said its arrangement had been approved by its lawyers. The Internal Revenue Service does not comment on specific cases but its guidelines say that for housing to qualify as nontaxable it must be provided for a “substantial business reason other than to provide the employee with additional pay.”

Marcus S. Owens, a lawyer and a former director of the I.R.S. division that oversees charities, said the agency was aware that so-called lodging exclusions are worth keeping an eye on. “That’s why you don’t see it much in the corporate sector anymore,” he said.

Under I.R.S. guidelines, if an employee has a choice of accepting the lodging, it must be treated as income.

To illustrate, the agency cites the example of Joan, a hospital employee who is offered free housing at the hospital or an allowance to live elsewhere. Even if Joan decides to live at the hospital (the business premises), her housing is taxable, the agency says, because she was not required to live there.

Ms. Futter’s case is interesting because when she was hired in 1993, the natural history museum already owned a $2.2 million apartment on West 79th Street. That apartment, which overlooked the museum, had been used by its outgoing president, also as a tax-free benefit.

But the museum sold that apartment in 1994, at a $250,000 loss, and bought a new place in a building across town for Ms. Futter and her family. “It was the board’s decision,” said Anne Canty, a museum spokeswoman, “and Ellen was consulted as they deemed appropriate.”

Ms. Canty said that the new apartment, which occupies a full floor in a limestone building on East 79th Street, was viewed as “better for the museum’s general purposes, the business purposes, than the old.”

Ms. Futter does not pay taxes on the value of the housing because, museum officials say, the apartment was bought for its convenience, not hers.

“The museum’s use of its apartment has been reviewed several times over the years by outside auditors and counsel,” Ms. Canty said, “and all have found the museum’s use to be appropriate.”

Three years ago the museum estimated the annual value of the apartment at $144,000. Last year it reported the value at $89,000, a decline of 38 percent that Ms. Canty attributed to a dip in the rental market and other factors.

Several tax experts debated whether the museum qualified for the exclusion. Deborah Schenk, a New York University law professor who specializes in tax law, said it appeared legitimate. “Someone might question whether it is good management of their affairs to sell an apartment at a loss and buy another,” she said, “but there’s no tax issue.”

As a matter of tax policy, lodging exclusions help underwrite the cost of retaining an executive like Ms. Futter, an accomplished leader who is a former president of Barnard College and under whose direction the museum’s popularity and attendance has grown. She also serves on the corporate boards of J. P. Morgan Chase and Con Edison, for which she earned an additional $400,000 last year.

On the other hand, cultural organizations already enjoy a special tax status that makes donations to them tax deductible and exempts their endowment earnings from being taxed. In addition, many receive taxpayer-financed government grants.

Institutions that exclude the value of housing from their executives’ gross incomes, as outlined in Section 119 of the tax code, defend it as necessary because entertaining is essential to raising money, and the homes provide the gracious public spaces needed. Each of the three organizations said it documented the business use of the home and described it as regular. None would specify how often the homes had been used.

The Metropolitan said additional factors in its favor were that the apartment Mr. Campbell used had been owned by the museum for more than 25 years, was across the street and had been used by several museum leaders.

How often a home is used for business has figured in several court rulings on the issue. In one, the court approved the benefit, noting that an oil company president’s home had been physically designed by the company to serve as a business residence, included large ceremonial spaces, and had been occupied by several of its presidents.

In another case the exclusion was disallowed because the court found, among other things, that an executive’s apartment was not large and the entertaining had not been extensive.

“Claiming a Section 119 exclusion because the residence is ‘necessary’ for entertaining prospective donors periodically is difficult to justify,” said Charles M. Watkins of Webster, Chamberlain & Bean, a law firm that specializes in nonprofit law. “Most museums already have appropriate spaces in which to entertain donors.”

The Los Angeles County Museum of Art said its director, Michael Govan, also used the home it provides to entertain. But it reports the value of the home as income to him, on which he pays taxes.

“Based on the current circumstances and the tax advice we’ve received, the use of the residence is not considered a nontaxable condition of employment,” said Barbara Pflaumer, a spokeswoman for the Los Angeles museum.

The Morgan Library & Museum, in the former mansion of the financier J. P. Morgan, goes further. It not only charges its director, William M. Griswold, rent on his apartment in Murray Hill, but also reports the difference between the paid rent and the market rent as taxable income on his W-2 form.

“We treat it in a very straightforward, some might say conservative, manner,” said Patrick Milliman, a spokesman for the Morgan.
Posted by Mercury at 4:22 PM