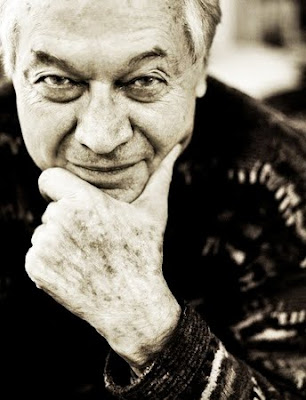 "With Roger Corman's B-movies, the 'B' stands for beloved"

USA TODAY
Talk with Roger Corman for more than five minutes, and he comes across as a film historian.

Look at his filmography and the list of disciples he brought into the industry, and it's clear that he isn't just a film historian. The prolific producer of low-budget films that often featured creatures is part of film history.

The man nicknamed "The King of B-movies" has found a way to stay relevant for more than 56 years, and now a number of films he produced over 30 years ago are being released for home audiences.

Being released on DVD and Blu-ray today by Shout Factory (shoutfactory.com) are Piranha (1978), Humanoids From the Deep (1980) and a double feature with Battle Truck (1982) and Death Sport (1978). Humanoids is a special 30th-anniversary edition featuring the uncut version of the film. And Piranha 3D is coming to the big screen Aug. 20.

Even so, Corman, 84, believes he'll be just a footnote in film history.

"I don't think I'm going to be remembered in any major way. ... But I'd like to be known simply as a filmmaker. For two things, I should say: One, for the films I've made, and two, for the filmmakers I've mentored."

Corman has produced nearly 400 films in his career and has taught some of the biggest names in the industry. They include filmmakers such as James Cameron, Martin Scorsese and Francis Ford Coppola, as well as actors Robert De Niro, Jack Nicholson and Sylvester Stallone.

Joe Dante, director of Gremlins and Small Soldiers, says he was most influenced by Corman's ability to spot talent.

"He had an uncanny knack for finding people who really, really wanted to make it in the movie business and would work extra hard and work that extra day and come in at night on their own time to try and make their picture better," Dante says. "That kind of perfectionism bred people like Scorsese and Cameron. People who just want to do it right."

Corman found these actors and directors at colleges and universities including UCLA, the University of Southern California and New York University, where he'd go to recruit passionate, young filmmakers to work for him on the cheap. Although the students have gone on to win a multitude of Academy Awards, he always understood that he was just a steppingstone.

During Ron Howard's directorial debut in Grand Theft Auto (1977), Corman told him: "Ron, if you do a good job on this picture, you'll never work for me again."

One of the keys to Corman's success has long been considered his efficiency, a trait he tried to pass on to all of his film students. At his most prolific, he was able to produce nine films in 1958. He made the original Little Shop of Horrors in two days and a night in 1960 just to prove he could make a film that quickly.

Corman received an Honorary Lifetime Achievement Oscar last year. But he doesn't feel that his career is over. He has produced a movie coming out in the fall called Sharktopus, set to premiere on the Syfy channel. "I love the process of making motion pictures. I don't believe I'll ever stop."

Attack of the Giant Leeches 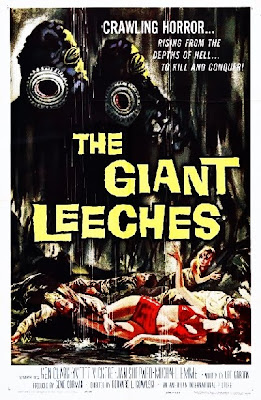 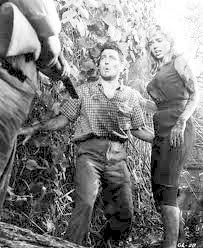 She was also a Playboy playmate [July 1959] photographed by Russ Meyer [skin flick producer (The Immoral Mr. Teas, Faster, Pussycat! Kill! Kill!, Valley of the Dolls, and Beyond the Valley of the Dolls {scripted by film critic Roger Ebert})].