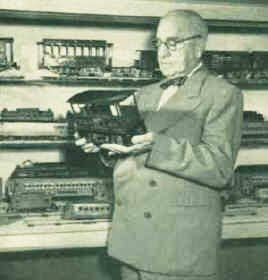 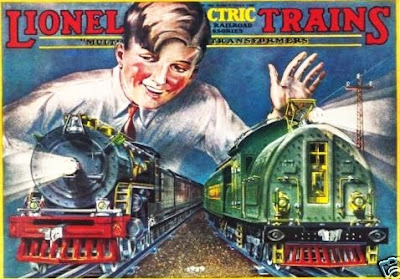 Joshua Lionel Cowen was an "American inventor of electric model trains who founded the Lionel Corporation (1901), which became the largest U.S. toy train manufacturer. At age 18, he had invented a fuse to ignite the magnesium powder for flash photography, which the Navy Department bought from him to be a fuse to detonate submarine mines. He designed an early battery tube light, but without practical application. (His partner, Conrad Hubert, to whom he gave the rights improved it and founded the Eveready Flashlight Company.) At age 22, he created a battery-powered train engine intended only as an eye-catcher for other goods in a store window. To his surprise, many customers wanted to purchase the toy train. Thus he started a model railroad company." 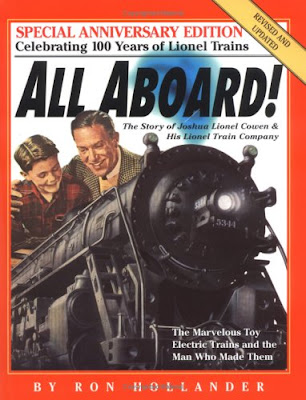 All Aboard: The Story of Joshua Lionel Cowen & His Lionel Train Company