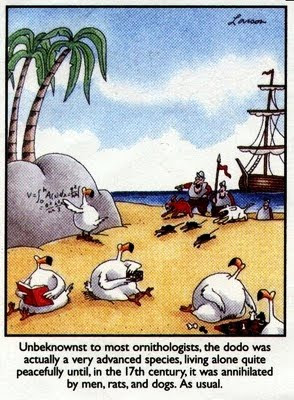 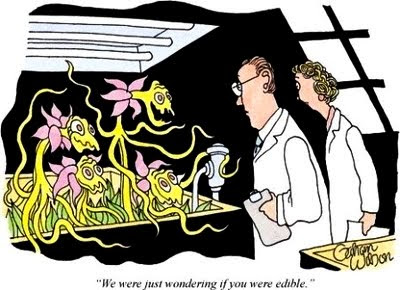 Gahan Wilson
I am a day late but Gary Larson celebrates number 60. A cartoonist of the bizarre much like Gahan Wilson [ who drew cartoons for Playboy] but not as grotesque.

Wired
On August 14, 1950, one of the most brilliantly weird cartoonists ever to live was born. Yes, Gary Larson — creator of The Far Side and natural heir to the genius that was Charles Addams — turns 60 years old today, 15 years after retiring from regular cartooning.

So if you’ve ever had to stifle a laugh when someone nearby used the term “kemosabe,” if you know exactly what’s meant by a reference to “Midvale School for the Gifted,” or if you involuntarily grin at the mere mention of “Bummer of a birthmark, Hal,” please join all of us at GeekDad in this sentiment:

We hope you have a very happy birthday, Mr. Larson, and may you never be visited by the Chicken of Depression!

Gahan Wilson [Wikipedia]
Posted by Mercury at 6:34 AM