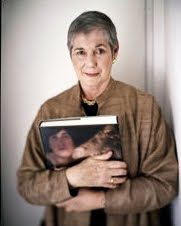 The New York Times
Joanna T. Steichen, who married the photographer Edward Steichen when he was 80 and who edited an important survey of his work, died on July 24 at her summer home in Montauk, N.Y. She was 77 and lived in Manhattan.

She had been battling Parkinson’s disease for years and drowned in her swimming pool, her step-granddaughter, Francesca Calderone-Steichen, said.

Ms. Steichen met her husband in 1959 through the poet Carl Sandburg, who was married to Steichen’s sister. She had engaged Sandburg to write for an American Airlines advertising campaign that she was working on as a copywriter at Young & Rubicam. She was 27 at the time.

Steichen, who had suffered a stroke, was disconsolate after the death of his second wife, Dana, and the attractive, socially adroit Joanna Taub, as she was known then, caught his attention.

The infatuation was mutual. “He didn’t seem 80,” she told The New York Times in 2000. “Sandburg, who was a year older, seemed like somebody’s nice old grandfather. Steichen was this vital, vibrant, sexy, charming, seductive character.”

There were illusions on both sides. Ms. Steichen, who wrote extensively about their often tumultuous relationship, acknowledged the magnetic pull of her husband’s personality and the glamour of his life, but resisted the role he envisioned for her.

“Steichen was looking for a sturdy, sexy, adoring constant companion,” she wrote in “Steichen’s Legacy: Photographs: 1895-1973,” a survey published in conjunction with a retrospective exhibition of his work at the Whitney Museum of American Art in 2000. He wanted, she continued, a helpmate “who would assist him quietly and thanklessly on his projects.”

She did provide invaluable assistance, during his life and after. She helped him organize exhibitions and write his pictorial autobiography, “Edward Steichen: A Life in Photography.” As executor of his estate and manager of his photographic material, she arranged for the donation of thousands of prints and negatives to the International Museum of Photography and Film at the George Eastman House in Rochester.

Joanna E. Taub was born on Feb. 22, 1933, in Greenpoint, Brooklyn, and grew up in Albany. Her father was a dental surgeon. Athletic and adventurous, she did equestrian riding and flew an airplane, a hobby she abandoned after crashing in a cornfield and badly injuring herself.

After graduating in 1954 from Smith College, where she majored in theater, she began working for Young & Rubicam.

She worked on “Steichen’s Legacy” for four decades, in collaboration with the photographer George Tice. Rather than presenting Steichen’s work chronologically, she grouped 315 of his photographs by theme, prefacing each section with a personal essay that incorporated Steichen’s comments to her about his work.

“He would talk about the pictures spontaneously, about why he made a decision and why something worked or didn’t work,” she said.

After Steichen’s death in 1973 she earned a master’s degree from the Columbia University School of Social Work and practiced as a psychotherapist.

In 1983 she published “Marrying Up: An American Dream — and Reality,” an unsentimental look at the possibilities for women to improve their lot through a husband.

In 1979, the centenary of Steichen’s birth, Ms. Steichen announced that his negatives and prints would go to the George Eastman House; 5,000 of them were given to the museum in 1981. The gift surprised many, since Steichen had been the director of the photography department at the Museum of Modern Art for 15 years.

Ms. Steichen said she had chosen Eastman House because it was “entirely a photographic museum — photography is not treated as a stepchild there.” She also said that the Modern’s large Steichen collection was “as big as they can handle.”

In 2001 Ms. Steichen gave an additional 8,000 negatives and prints as a gift and permanent loan to the Eastman House. Most were Hollywood portraits from Steichen’s days as a photographer with Vogue, Life and The Saturday Evening Post. 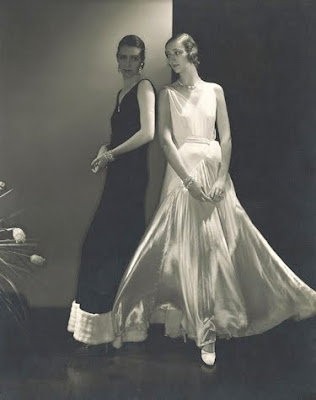 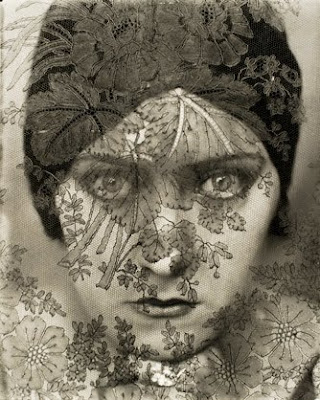 Edward Steichen [Wikipedia]
Posted by Mercury at 6:01 AM