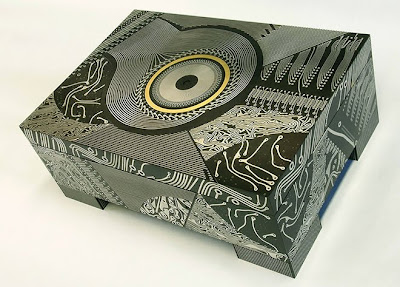 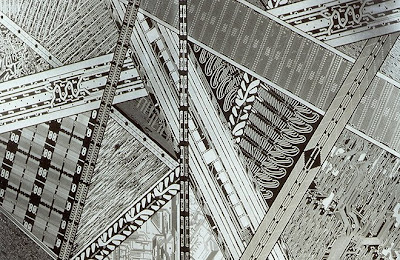 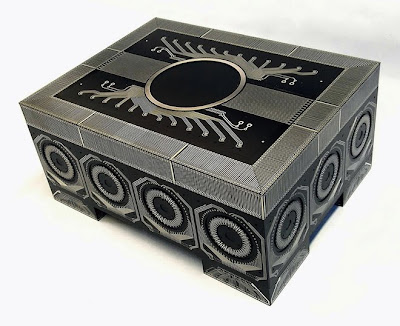 Wired
At first glance, electronic circuit boards may seem as far from art as you can get. But look closer, and the boards have patterns & mdash; horizontal and vertical grids that have a strange, precise beauty to them.

It's the kind of beauty that we perceive in the whorls of a seashell or a grain of wood, says Theo Kamecke, an artist who is taking vintage circuit boards and transforming them into pieces that can adorn homes and galleries.

Kamecke has harvested the etching from the boards, then affixed them to hardwood to create the effect of polished metal on stone.

The results are exquisitely decorated chests, sculptures and boxes.

Kamecke uses a technique called marquetry that's popular among furniture makers. But he has added a high-tech twist to it that hasn't been done by anyone else.

"There is a neat aesthetic to it," says Phil Torrone, senior editor at Make magazine and creative director at Adafruit, an online store catering to the DIY crowd. "It has a futuristic, yet Egyptian and retro, feel to it." Adafruit has featured Kamecke as its summer artist on the company's website.

Kamecke's work has found a place in art galleries and has been acquired by Hollywood director James Cameron and Swiss surrealist H.R. Giger.

The pieces cost anywhere from "a few thousand dollars to many thousand," says Kamecke. But each is painstakingly crafted by hand.

"It's unique and going to go away after Theo," says Torrone. "The kind of circuit boards that he uses are not being manufactured anymore." 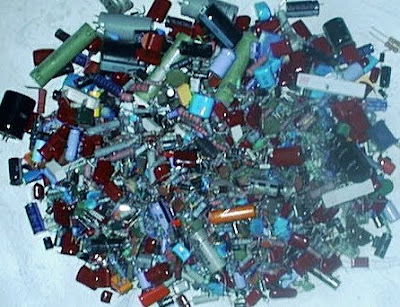 Now, what can be done with these electronic components? Above, thousands accumulated over a three month period.
Posted by Mercury at 10:09 AM

A lot of the engineering process is intuitive. That is, as an engineer, i must adhere to the guidlines and do what i'm supposed to do, but we also have a role in making our work maintainable and thus attractive to the eye - as these boards show. They have a marvelous symmetry and that is very helpful for people reading the designs, as i'm sure many more people will do now that these are works of art.