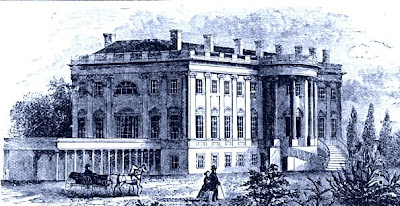 I suppose the notion here is that a lot of Americans are suffering and the White House residents should too--NOT.

The New York Times
A quiet holiday in a lavish Mediterranean retreat for the first lady and her daughter has turned into a bit of a headache for a White House trying to battle bad economic news at home.

Michelle Obama took her younger daughter, Sasha, to southern Spain this week for a mother-daughter getaway. But when you are married to the president, it has a way of becoming a mother-daughter-Secret-Service getaway that invariably sweeps into town, takes over much of a pricey hotel and leaves the taxpayers with a hefty bill.

The first lady is paying for her own room, food and transportation, and the friends she brought will pay for theirs as well. But the government picks up security costs, and the image of the president’s wife enjoying a fancy vacation at a luxury resort abroad while Americans lose their jobs back home struck some as ill-timed. European papers are having a field day tracking her entourage, a New York Daily News columnist called her “a modern-day Marie Antoinette” and the blogosphere has been buzzing.

Other officials, asking not to be named because the first family considers it a private matter, said some reports of the trip have been exaggerated. Mrs. Obama is not traveling with 40 friends, one official said, but with two friends and four of their daughters, as well as a couple of aides and a couple of advance staff members.

The officials would not discuss how many security agents are traveling and said that number is determined not by the first lady but by the Secret Service. The staff members are present because the first lady in her official capacity will pay a visit to King Juan Carlos and Queen Sofia on Sunday before heading home, they said. She flew in a government plane, as all first ladies do when they travel, but her friends took separate commercial flights.

In the meantime, she and Sasha, 9, and their friends have toured Granada and played on the beach while staying at the five-star Hotel Villa Padierna in Marbella, where the rooms run from $500 to $2,000 a night. They took in a flamenco show and danced to the music.

Sasha’s sister, Malia, 12, missed the trip while at summer camp, and President Obama celebrated his 49th birthday without his family, over dinner in Chicago with Oprah Winfrey and some personal friends. But the whole family will travel later this month to the Gulf Coast for a few days and then to Martha’s Vineyard for 10 days.

Laura Bush took solo vacations without her husband each year of George W. Bush’s presidency, likewise traveling with her Secret Service detail on a government plane to meet friends for camping and hiking excursions to national parks. But it never generated the sort of furor Mrs. Obama trip’s is causing, at least in part because visiting national parks in the United States is not as politically sensitive.

“It’s always very difficult to lead a private life when you’re a public person,” said Anita McBride, who was Mrs. Bush’s chief of staff. “No one would deny any of our hard-working public officials an opportunity for a vacation. Everybody needs that. But I think the more expensive or lavish a trip might be perceived, the more criticism you invite. It’s just the risk. It comes with the territory of being a public person.”
Posted by Mercury at 6:17 AM