Chilean miners and the science of deep space travel 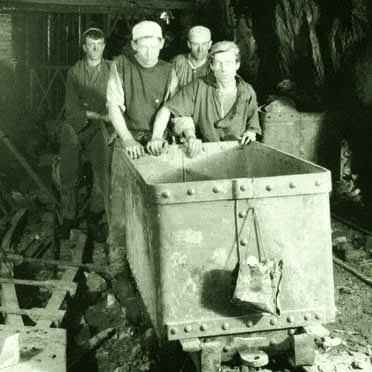 "...NASA has been called in to help. The space agency obviously has tremendous experience and expertise managing extended bouts of isolation, both from physiological and psychological perspectives."

Instititute for Ethics and Emerging Technologies
Quite a story developing in Chile: the 33 miners who are trapped 700 meters underground will have to wait about four months before they are rescued. That’s obviously not going to be easy on the men who have been trapped for over 18 days already. Keeping it together psychologically, physically and socially for that extent of time will undoubtedly prove challenging.

But this is where science can step in and help. While this incident is dreadful for all those involved, it’ll be an extraordinary opportunity to apply our knowledge and help these guys cope with the extreme isolation — and at the same time learn from it. The whole experience will serve as an important case study across several scientific disciplines.

This is why NASA has been called in to help. The space agency obviously has tremendous experience and expertise managing extended bouts of isolation, both from physiological and psychological perspectives. While it’s still early days, NASA has already recommended that the men keep exercising and adopt a routine where days are separated from nights.

As noted, the two primary areas of concern are the men’s physical and psychological health. While food and supplies are now being routed through a six inch tunnel, there are still extreme limitations in terms of limited social contact and the problem of having so many men live in such close quarters. They are living without natural sunlight and the temperature is hovering around 29.5°C (81°F).

Compounding this is the stress the men must feel; avoiding an impending sense of doom and bouts of claustrophobia can’t be easy. I myself suffer from mild claustrophobia and my stomach tightens at the very thought. As of today, at least five of the men are experiencing severe depression. Chilean officials have already sent down anti-depressants to help the miners cope — though the miners have reportedly asked for some beer. Advisors have made it clear that the men, in order to keep it together, must maintain a healthy sense of optimism. How this can be achieved is easier said than done, but regular contact with the surface and frequent updates about the rescue effort will go a long way.

From a social psychology standpoint, it’s interesting to note that the men appear to be in good spirits. They’ve also put the Lord of the Flies myth to rest; soon after the ordeal started they began organizing themselves. They’re holding daily meetings, assigning tasks, and portioning out rations (they actually made three days of rations last 17 days). Their ability to self-organize and maintain order given such extreme circumstances is proving to be as fascinating as it is praiseworthy.

NASA has suggested that the miners do regular exercises to prevent muscle atrophy as they await extraction. This will prove beneficial from not just a health standpoint, but from a psychological one as well; it’s well documented that exercise tends to improve mood. There’s also word that, in addition to food and medicine, other items such as flashlights and games are being sent down. It’s also very likely that they will be given sun lamps to help simulate natural sunlight. Otherwise, it’s very likely that Seasonal Affective Disorder (SAD) will kick in.

Scientists will undoubtedly learn from this episode and eventually apply the learnings to such things as a future expedition to Mars. The data will likely compliment that of the Mars isolation study currently underway in Russia. In this experiment, a crew of six volunteers are isolated from the outside world in a space measuring just 550 cubic meters.

Again, I hope that everything will turn out for the best and that this story has a happy ending.

[George Dvorsky serves on the Board of Directors for the Institute for Ethics and Emerging Technologies. George is the Director of Operations for Commune Media, an advertising and marketing firm that specializes in marketing science. George produces Sentient Developments blog and podcast.]
Posted by Mercury at 5:09 AM