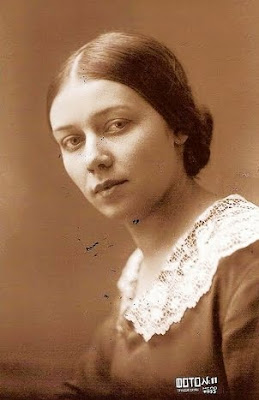 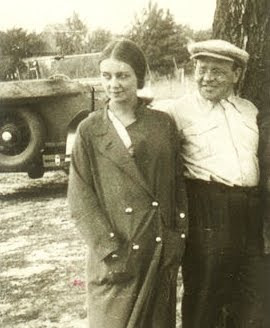 Pirozhkova's memoir 'At His Side: The Last Years of Isaac Babel' recounts their love and the author's arrest and disappearance under Stalin. Pirozhkova, an engineer, helped design Moscow's subway.

latimes.com
Pirozhkova's memoir 'At His Side: The Last Years of Isaac Babel' recounts their love and the author's arrest and disappearance under Stalin. Pirozhkova, an engineer, helped design Moscow's subway.

Antonina Pirozhkova, who was the common-law widow of Russian literary giant Isaac Babel and wrote a well-received memoir that provided a rare glimpse of the persecuted writer's final years in the 1930s, has died. She was 101.

Until her book, "At His Side: The Last Years of Isaac Babel," was published in English in 1996, he was perhaps more famous for how he died than how he had lived. Arrested by the Russian secret police during one of Josef Stalin's campaigns of terror against intellectuals, Babel was executed in 1940. He was 45.

Before the Jewish writer was imprisoned, he had the good fortune to spend his last seven years with Pirozhkova, whose "account of Babel's arrest and disappearance is so moving because she first makes Babel so fantastically alive," Richard Lourie wrote in 1996 in the New York Times.

The "tender memoir" brought him to life "as we could not otherwise have known him: as a jokester, a mimic, a man of boundless curiosity," New York's Buffalo News said in 1996.

"The anguish of loss never leaves me," Pirozhkova wrote near the end of the memoir, which recounts how the couple sat holding hands while officers ransacked their home searching for his papers. She never remarried.

Barely mentioned in the book are her accomplishments. A civil engineer, she helped design Moscow's palatial subway system and worked on intimidating projects in the mountainous Caucasus region.

At 23, she met the 38-year-old Babel, already a famous writer of short stories, at a dinner party. Babel courted her for two years and they lived together as common-law husband and wife for five years, until his arrest in 1939, her grandson said.

Babel never divorced his first wife, who lived in Paris with their daughter. He also had a son from a long-term relationship with another woman in Russia. In 1937, Babel and Pirozhkova had a daughter, Lidiya, who became an architect.

Born in a Siberian village on July 1, 1909, Pirozhkova attended what is now Tomsk Polytechnic University. In 1930, she earned a civil engineering degree and worked in that field until 1965.

For 15 years after Babel's arrest, she tried to find out what had happened to him. She was officially informed of his death in 1954, the same year he was pronounced "rehabilitated" in the eyes of the Soviet regime.

In the 1980s, Pirozhkova oversaw the publication of Babel's "Diary of 1920" and in 1990 finished editing a two-volume definitive collection of his works.

When she felt her husband's reputation had been properly restored, she moved with her daughter to Silver Spring, Md., in 1996 to live with her grandson. The extended family relocated to Florida in 2005.

Shortly before Pirozhkova died, she completed a memoir about her life that her grandson said he plans to get published.

In her late 80s, she had once shared her "rules" for a long and happy life. They included eating less and having "good character."

In addition to her daughter and grandson, Pirozhkova is survived by a great-grandson.

"Antonina Pirozhkova, Engineer and Widow of Isaac Babel, Dies at 101"

The New York Times
Antonina Pirozhkova, who as the widow of the renowned short-story writer Isaac Babel campaigned for more than half a century to keep his literary legacy alive after his execution by Stalin’s K.G.B., and who wrote a memoir about the last seven years of his life, died on Sept. 12 at her home in Sarasota, Fla. She was 101.

The death was confirmed by her grandson, Andrei Malaev Babel.

Ms. Pirozhkova, a rising young engineer, met her future husband shortly after she began working at the State Institute for Metallurgical Design in Moscow in 1932. She was 23. He was 38 and separated from his first wife, Yevgenia Gronfein.

After her husband’s arrest in 1939, Ms. Pirozhkova (pronounced peer-ush-KOVE-uh) was advised by a K.G.B. interrogator to forget the matter. “Regulate your life,” she was told. Instead she spent the next 15 years trying to discover her husband’s fate.

In 1954 she received his death certificate. It bore the false date of March 17, 1941, implying that he had died during World War II. Ms. Pirozhkova then successfully lobbied for Babel’s official rehabilitation, which was granted later in 1954.

Not until the mid-1990s did accurate information emerge about Babel’s date of execution, Jan. 27, 1940, and about the 20-minute trial that took place the day before he was shot. He had been charged with belonging to an anti-Soviet Trotskyite organization and with spying for France and Austria.

During and after her life with Babel, Ms. Porizhkova continued her engineering career. At the Metroproekt Institute, which she joined in 1934 and where she rose to chief designer, she helped plan the crown jewels of the Moscow subway system: the Mayakovsky, Pavelets, Kiev, Arbat and Revolutionary Square stations.

For many years she was the only woman employed as a subway engineer in the Soviet Union.

After retiring in 1965, she devoted her life to reclaiming her husband’s legacy, fighting with the authorities for permission to publish his works, organizing public memorials and commemorations of his birth and helping scholars do research in her personal archives, stored in her apartment in Moscow.

She was particularly concerned with securing the return of unpublished manuscripts seized by the K.G.B. Their fate remains unknown. In 1972 she compiled and published, in Russian, “I. Babel Recalled by His Contemporaries,” a collection of firsthand biographical material. Babel’s “1920 Diary,” which she transcribed, presented the raw material that the author drew on for “Red Cavalry,” his most celebrated work. The diary was published in the United States by Yale University Press in 1995.

The two-volume collection of Babel’s works that Ms. Pirozhkova compiled and edited remains the most complete edition in Russian. It was published in 1990.

Her memoir, “At His Side: The Last Years of Isaac Babel,” was published in the United States by Steerforth Press in 1996 and in 2001 appeared in a Russian edition.

Sharply written and full of insights about Babel’s character and life under Stalin, the book was well received. “Babel would have enjoyed Ms. Pirozhkova’s book, concise and full of bright incident,” Richard Lourie wrote in The New York Times Book Review.

Ms. Pirozhkova recalled Babel’s dismay at her haphazard reading habits, which he tried to correct by drawing up a list of the “hundred books that every educated person needs to read.” It included a volume titled “The Instincts and Morals of Insects.” She recounted evenings spent with Soviet cultural giants like the film director Sergei M. Eisenstein and visits by foreign luminaries like André Gide and André Malraux.

But her most telling lines concerned Babel, portrayed as generous, shrewdly observant, subversively witty and, despite the shadow of the executioner’s ax, coolly fascinated by the secret police.

She recalled riding to the Lubyanka, the K.G.B. headquarters, in a car with two K.G.B. thugs on the night of Babel’s arrest. “I could not say a single word,” she wrote. “Babel asked the secret policeman sitting next to him, ‘So, I guess you don’t get much sleep, do you?’ And he even laughed.”

Antonina Nikolaevna Pirozhkova was born on July 1, 1909, in Krasny Yar, a village in Siberia. Her father died when she was 14, and she supported the family by tutoring students in math.

Her high school diploma noted her “outstanding abilities” in mathematics, physics and literature, and in 1926 she entered Tomsk Technological Institute, where she studied construction and engineering.

After graduating with an advanced degree in engineering in 1930, she was assigned to one of the Soviet Union’s prize industrial projects: Kuznetskstroi, a large metallurgical plant being built near Novokuznetsk.

After working on the Moscow subway, she was assigned to the Moscow Institute of Transportation Engineers, where, as a teacher in the Bridges and Tunnels Department, she trained subway designers and wrote two sections for the standard textbook “Tunnels and Subways.” In 1996 she moved with her daughter to the Washington suburbs to be near her grandson and his wife. In addition to her daughter, of Sarasota, she is survived by her grandson and a great-grandson.

When Ms. Porizhkova arrived with Babel at the Lubyanka, she and her husband kissed. He told her, “Someday we’ll see each other,” and walked into the building without looking back.

“I turned to stone, and I could not even cry,” Ms. Porizhkova wrote. “For some reason I kept thinking, ‘Will they at least give him a glass of hot tea? He can’t start the day without it.’ ”

Isaak Babel [Wikipedia]
Posted by Mercury at 7:50 AM