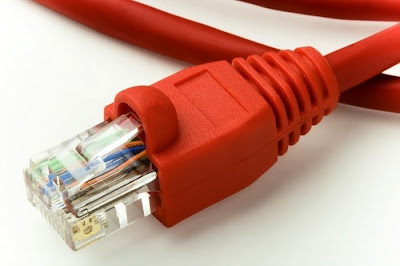 Time
On a Thursday night in August, some 750 people crammed into a high school auditorium in Minneapolis to discuss the future of the Internet. Most of them went to beseech members of the Federal Communications Commission (FCC) to act to protect Internet neutrality, the premise that all data on the Web should be treated equally. During the three-hour forum, organized by the pro-Net-neutrality coalition Save the Internet, an array of speakers warned that without safeguards in place, corporate behemoths would cut lucrative deals to prioritize some kinds of content and throttle others, turning themselves into the unofficial gatekeepers of the world's best leveling force. Net neutrality, said Senator Al Franken, is "the First Amendment issue of our time."

In the weeks since Google and Verizon published a controversial proposal on the issue, Net neutrality has become the newest front in an ideological war waged by the pricey lobbyists, paid spokesmen, partisan media outlets and Washington ward bosses who feast on fractiousness. Relying on a now familiar playbook, a tableau of conservative interest groups has used the specter of a so-called government takeover of the Internet to mobilize Tea Party organizations. Liberal counterparts warn that corporate bigwigs are trying to cement their control of the Web at your expense. Their sparring has transformed a technical debate about the architecture of the Web into one of the pivotal issues in this fall's midterm elections. "Net neutrality has become a proxy fight for who you hate more — big corporations or big government," says Larry Downes, a nonresident fellow at Stanford Law School's Center for Internet and Society. "It works very nicely for that pointless, unending argument. The antigovernment people say [FCC regulation would be] a takeover of the Internet. Anticorporate people say a deal between Google and Verizon would ruin the Internet. And they're both wrong."

When you boot up your browser, any website you call up is allowed to load at the same speed. That may not be the case for much longer. As iPhones and Blackberrys become ubiquitous, telecommunications giants like Verizon, Comcast and AT&T — companies that have spent hundreds of billions of dollars laying the pipes through which data travels to your computer — are eager to begin offering subscription services for streaming video or faster download speeds, much as cable providers ask you to fork over fees for channels like HBO. An Economist Intelligence Unit survey published Aug. 23 suggests that, within a few years, mobile operators could open their own app stores and introduce tiered pricing models, which 55% of executives say should be permitted in mature markets. As demand for broadband accelerates, consumers will be less insulated by competition, says Susan Crawford, a former White House technology adviser and professor at Cardozo School of Law. The FCC's National Broadband Plan predicts that soon just 15% of the U.S. will be able to choose between top-speed carriers. "This is the arms merchants of the Internet making a deal that furthers their own business interests," Crawford says.

Net-neutrality advocates argue that the best way to keep the Internet free and open is for the FCC to assert its authority to regulate broadband, a process known as reclassification. Last month, a conservative coalition — free-market think tanks, antitax and antiregulation interest groups, Tea Party leaders and an array of GOP legislators — banded together to stanch the threat of FCC action. On Aug. 11, they sent a letter blasting the FCC for "relentlessly pursuing a massive regulatory regime." The missive, written by Kelly Cobb, government-affairs manager for Americans for Tax Reform, argued it could usher in additional taxes for consumers and companies, open the door to price-setting, curb free speech, slow Web-surfing speeds and dampen private investment. "Managing traffic online, which is what Net neutrality would eliminate, is actually a very good thing," he says. "It equalizes everybody's access to the Internet by ensuring the on ramp isn't congested." One of the damning adages about Net neutrality, oft repeated among opponents, is that it is "a solution in search of a problem."

This argument resonates with Tea Party leaders, who are leery of government regulation. But in some cases their passion for the topic runs deeper than their knowledge of it. "The Internet is beautiful," says Honey Marques, one of the Tea Party leaders to sign the Aug. 11 letter. To her, Net neutrality is "about the government trying to control and regulate our free speech and control everything that's happening in our lives." Lisa Miller, a Washington-area Tea Party leader, says Net neutrality is the government's attempt to control "who should get access to the Internet and at what price." When asked why, she declined to comment further because she didn't have the letter she had signed to refer to at that moment.

"Nobody called them on the phone and said, Hey, you should really get involved on this," says Cobb. "[But] in the past couple of months this has come up as a big issue for them because they view it as the government getting involved when it doesn't need to." By framing Net neutrality as more government meddling — as Glenn Beck did last fall, when he called it a "Marxist" ploy that would put a "boot on the throat" of taxpayers — conservative groups have carved out an effective wedge issue. "Net neutrality is not a political question," says Stanford's Downes. "It's a technical question. Neither [side] really gives a damn about Net neutrality. They both are pursuing other agendas and this is a convenient thing to hang it on."

"We've definitely made it one of the major issues for our folks," says Phil Kerpen, vice president for policy at Americans for Prosperity (AFP), a conservative advocacy group based in northern Virginia. "If we can't protect the communications system in our country from regulation, it prevents us from getting our message out on all these other public-policy fights." Since the start of the Obama Administration, AFP has fought to foment opposition to the Democratic agenda — organizing rallies to protest the stimulus package, mounting a campaign to cast doubt on the soundness of climate-change science and funneling health care talking points to the Tea Party, who lend an aura of grass-roots authenticity to the anti-Obama cohort. In May, AFP spent $1.4 million on a television ad that painted the Internet as the next domino to topple in a cascading series of "government takeovers." The group plans to make Internet regulation one of the four pillars of its fall messaging campaign, along with government spending, health care reform and cap and trade.

Opponents of Net neutrality, says Joel Kelsey, political adviser for the liberal advocacy group Free Press, "fall into two buckets. Some are genuine Astroturf groups who echo industry talking points with a veneer of public interest, even though they're funded by company money. Then there's the very real conservative philosophical opposition." AFP declined to say whether it received funding from telecom companies, citing a policy of protecting donors' privacy. But as a nonprofit organization devoted to enhancing free-market opportunities, AFP has cemented its stature — and perhaps endeared itself to donors — by stirring fears that Obama is driving a socialist agenda.

Conservative groups like AFP say the proper venue for a debate about the Internet's rules of the road is not the FCC but Congress. That may seem odd, given that conservative groups have been virulent in their criticism of the body. But they may be calculating that many lawmakers are unwilling to bite the hand that feeds them. Comcast has forked over $6.9 million in lobbying in 2010, while Verizon spent $4.4 million in the second quarter alone. AT&T has doled out more in political donations than any other company during the past 20 years, according to the Center for Responsive Politics. While the GOP has spearheaded the antiregulatory drive, Democrats have been big beneficiaries of the telecom industry's largesse. In May, a coalition of 74 House Democrats urged FCC chairman Julius Genachowski not to regulate broadband, which they argued would "jeopardize jobs." Of that group, 58 had received substantial contributions from broadband service providers, according to a New York Times analysis. A 2009 Net-neutrality bill stagnated, and Senator John Kerry, chairman of the communications subcommittee, has argued that any effort to codify a situation shrouded in uncertainty would almost certainly languish in this balkanized Congress.

Meanwhile, Net-neutrality advocates have seen their alliances frayed by overheated rhetoric. In late August, Gun Owners of America, a Second Amendment lobbying group that had been a part of the coalition since 2006, severed ties with the Save the Internet coalition to dissociate itself from groups pushing FCC regulation. Craig Fields, director of Internet operations for Gun Owners of America, says the spotlight conservative media outlets have trained on the issue had no bearing on the decision. "The tail did not wag the dog," Fields says. But, he acknowledges, "It's fair to say that at times we've had difficulty explaining to our people, who are conservatives and libertarians and tend to have a free-market approach, that we are not in bed with George Soros and MoveOn.org." In a season when political argumentation can resemble a game of Mad Libs played with a few incendiary nouns, picking enemies can be as important as picking issues.

When the fight over Net neutrality arrived in Minneapolis, Zach Segner, 25, showed up for the same reason as everyone else: to protect the Web. But his notion of how to accomplish that task was vastly different from that of most attendees. Thin and unshaven, Segner wore a black "End the Fed" T-shirt and unfurled a tattered bedsheet spray-painted with the dictum "Hands Off Our Internet." "The Internet's working fine right now," he said. He acknowledged he didn't grasp the fine points of Net neutrality, but said he cares deeply about an open Internet and is leery of the government wresting control away from businesses to usher in a "Chinese-style system." In some ways, his ideals seemed to align with those of FCC commissioner Michael Copps. "The Internet was born on openness, flourished on openness and depends on openness for its continued success," Copps told the crowd. "I suppose you can't blame companies for seeking to protect their own interests. But you can blame policymakers if we let them get away with it."

And yet, even if Net neutrality is — as Al Franken said — the First Amendment issue of our time, for now the FCC seems bent on minimizing its explosiveness. On Sept. 1, the agency announced it would extend the public comment period to solicit further debate on the topic — nudging the deadline for action past November's midterm elections.


Not all are equal...Google, Verizon