Dumbing down in a philosophy department? 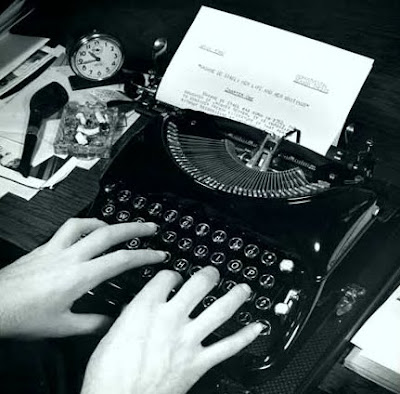 columbiaspectator.com
Beginning this year, the philosophy department will no longer require a senior thesis in order for students to receive consideration for departmental honors.

In the past, some philosophy students have written senior theses simply because they felt that they should write them, Philosophy Director of Undergraduate Studies Philip Kitcher said.

“The department has had some terrific undergraduates. But we’ve also had undergraduates, whom I’ve felt, felt they must write a thesis, but there was no particular thesis they wanted to write and wrote something they didn’t believe much in,” Kitcher said.

“It [writing a thesis] wasn’t a good experience for them, and it ended up being, shall we say, mediocre,” he added.

Kitcher believes this was particularly a problem last semester, in which the philosophy department accepted just two of 11 thesis proposals.

By removing the senior thesis as a requirement for honors, Kitcher thinks the department will be able to apply a more holistic evaluation of honors candidates. The hope for the department is that a student who otherwise has demonstrated outstanding performance in philosophy will no longer be excluded for honors consideration because of an inadequate thesis, Kitcher said.

Now, honors can be obtained by writing a thesis of sufficient quality, or instead by faculty recommendations and overall performance in major courses. However, one requirement hasn’t changed—students still must have a minimum GPA of 3.6 in major-related courses as a pre-requisite for honors.

At Princeton University, all students irrespective of major are required to write a thesis in order to graduate. The Princeton philosophy department considers the senior thesis, as well as the student’s grade point average and other factors, to determine who receives honors.

“I think every student doing honors should probably do a thesis,” Daniel Garber, chair of Princeton’s philosophy department said, though he added, “I’m not sure the thesis is the best final capping project for every student.”

Kitcher stood by the change.

“Honors in philosophy ought to be decided by the quality of the overall work that has been done, and that is something quite separate from writing a thesis,” he said.

In the political science department, the conditions for honors consideration traditionally have included a 3.6 GPA in the major and an honors thesis of high quality, which is written as part of a yearlong senior honors seminar.

Recently though, a second track has developed in which undergraduates with faculty support can submit a thesis-type paper outside of the seminar. Over the last three years, of the roughly 16 students who receive honors each year, the number of undergraduates that earned honors through the second track has ranged from two to five.

The English department requires a minimum GPA of 3.65 in major-related courses and a senior essay for honors. The senior essay can be written by anyone with a faculty adviser’s support and does not have to be written in a seminar class.

David Yerkes, the English Director of Undergraduate Studies, supports this independent study-like approach—it offers English majors more course flexibility and provides students with the opportunity to converse individually with an adviser, he said.

However, Yerkes added that many students do not choose to do a senior essay.

In the sciences, the physics department requires at least a 3.6 major-related GPA as well as a research project of distinction. The mathematics department has a minimum GPA threshold of 3.63 in the major and mandates a senior thesis of merit.

Bart Piela, CC ’12 and a philosophy major and editor in chief of the undergraduate philosophy magazine The Gadfly, plans to attempt departmental honors and supports the philosophy department’s policy change.

“I’m very glad I don’t have to think about a thesis just for that reason [receiving honors],” Piela said.

Piela added that high-level seminar classes might be a better use of a senior’s time than pursuing a thesis.

“Truthfully, students do their best work in high-level seminars because as an undergraduate you need structure much more than as a graduate,” he said.

Susan Elmes, director of undergraduate studies of the economics department, said that a senior honors thesis is required to get honors in the subject.

“Graduate schools do value the thesis, as it demonstrates that a student has the ability to conduct an original research project,” Elmes wrote in an email.

“The honors program seems like it would be appropriate if I was going to do economics for graduate school,” Delgado said. But, since he does not plan on pursuing economics in graduate school, he said, “I have so many other interests outside of economics that I wouldn’t want to put in the extra time.”

“A thesis can’t even be submitted for graduate schools because it’s [completed] too late,” Piela said, referring to the fall deadline for most graduate programs.

Jack Snyder, director of undergraduate studies of the political science department, believes a student should only do a thesis for intellectual purposes.

“They should not be doing honors just to get a resume item,” Snyder said.
Posted by Mercury at 5:48 AM