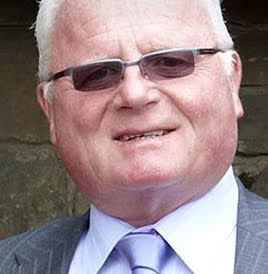 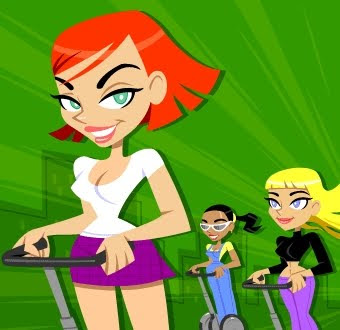 The "green machine" as a death machine.

guardian.co.uk
The flamboyant former miner at the head of the Segway scooter company has died in a freak accident by sliding on one of the miniature two-wheelers off a cliff.

Jimi Heselden, who latched on to an international craze for the upright, motorised "green commuter machines", was testing a cross-country version when he skidded into the river Wharfe which runs beside his Yorkshire estate.

Police confirmed this morning that the 62-year-old's body had been found in the river at Boston Spa, five miles from the Leeds factory where he made his first fortune from Afghanistan defence contracts. Using redundancy money from his pit job, he invented a wire basket crammed with earth and water which proved far more effective than sandbags against mortar and missile attacks.

Heselden, whose personal fortune was ranked at £166m and earned him 395th place in this year's Sunday Times Rich List, died after the accident yesterday morning. West Yorkshire police said the scooter had been found nearby after the body had been reported by a local walker at 11.40am. "Mr Heselden was pronounced dead at the scene by paramedics. The incident is not believed to be suspicious and the coroner has been informed," said a spokesman for the force.

Heselden lived near the British Library's vast storage depot at Thorp Arch, a village on the other side of the river from the small, sought-after town of Boston Spa. He lost his mining job in the pit closures after the 1984-85 miners' strike, but put his knowledge of geology and soil science to good use. Updating the medieval defence system of gabions - baskets filled with stones and crammed together to create makeshift walls - he patented the Bastion, which proved an immediate bestseller for his Hesco firm. Its Leeds base lends colour to an otherwise drab industrial estate, with a surplus tank beside a wall of Bastions which looks like something out of a conflict zone.

Heselden did not court personal publicity but rewarded loyalty in his workforce. When Hesco won an order for UN forces in Kosovo and fulfilled it well within deadlines, he flew 21 staff out to Benidorm in Spain for a holiday. In five years after first ordering a Bastion in 1998, the Pentagon made orders totalling £53m.

Heselden bought the Segway company in January this year, after commissioning a financial analysis of its success in the US, where it was invented. The scooter has been heavily marketed as a "green commute" but buyers are warned to take a string of safety precautions, including wearing a helmet.

Heselden was born and brought up on Halton Moor, a large council estate in east Leeds made famous by the writer Keith Waterhouse, whose family moved there when he was a schoolboy. Heselden stayed in touch with local people and was a major donor to charities, especially in the Leeds area and others with military links such as Help for Heroes.

A statement from Hesco this morning said: "It is with great sadness that we have to confirm that Jimi Heselden OBE has died in a tragic accident near his home. Jimi is perhaps best known for his charity work with Help for Heroes and the Leeds Community Foundation.

"A £10m gift to the foundation earlier this month saw his lifetime charitable donations top £23m. Our thoughts go out to his family and many friends, who have asked for privacy at this time."

George Bush dramatically illustrated the hazards in 2003 when he was photographed on holiday in Maine, leaping from a Segway after losing control. The then US vice-president Dick Cheney rode one of the scooters around his Washington office complex while suffering from an ankle injury and was widely quoted as recommending them as equipment for US special forces.
Posted by Mercury at 7:58 AM