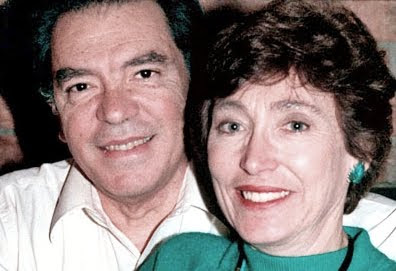 The New York Times
A physicist and his wife, who both once worked at the Los Alamos National Laboratory in New Mexico, were arrested Friday and charged with a criminal conspiracy to help Venezuela build an atom bomb.

The arrests of P. Leonardo Mascheroni and Marjorie Roxby Mascheroni and a 22-count indictment came after a sting operation by the Federal Bureau of Investigation from 2008 to 2009. A raid on the couple’s home in Los Alamos last October hauled away cameras, computers and hundreds of files.

“If I were a real spy,” Dr. Mascheroni told a reporter at the time, declaring his innocence, “I would have left the country a long time ago.”

After their arrests on Friday, the couple appeared in federal court in Albuquerque. They were charged with handing over secret weapons information to an F.B.I. agent posing as a Venezuelan spy. The government did not accuse the Venezuelan government, or anyone working for it, of seeking weapons secrets.

Venezuela has begun exploring for uranium, but its president, Hugo Chávez, has denied interest in developing nuclear arms.

The defendants, if convicted of all the charges, face potential life sentences in prison. Dr. Mascheroni worked for Los Alamos, the nuclear laboratory, from 1979 to 1988, and his wife from 1981 until the raid on their home last year.

Dr. Mascheroni has long criticized the government’s nuclear policies as misguided and has repeatedly accused federal agents of harassing him for his views.

“Leo is a gullible nut,” said Hugh E. DeWitt, a California physicist, in a telephone interview on Friday. He knows Dr. Mascheroni and had testified before a grand jury. “He is a nut, but he has dug his own grave,” Dr. DeWitt said.

The indictment says that Dr. Mascheroni, 75, a naturalized citizen from Argentina, and Ms. Mascheroni, 67, an American citizen, handed over weapons secrets in exchange for $20,000 in cash and the promise of nearly $800,000 in all.

“The conduct alleged in this indictment is serious and should serve as a warning to anyone who would consider compromising our nation’s nuclear secrets for profit,” David Kris, the assistant attorney general for national security, said in a statement.

According to the indictment, Dr. Mascheroni told an undercover agent in March 2008, that he could help Venezuela develop a nuclear bomb within 10 years and that under his program, the country would use a secret, underground nuclear reactor to make plutonium, a type of bomb fuel.

In July of that year, the F.B.I. agent provided Dr. Mascheroni with 12 questions supposedly from Venezuelan military and scientific personnel.

According to the charges, the physicist delivered to a post office box that November a computer disk holding a 132-page document, written in code, that contained “restricted data” related to nuclear weapons.

Written by Dr. Mascheroni and edited by his wife, the document was titled “A Deterrence Program for Venezuela,” and officials say it laid out the physicist’s weapons plan for Venezuela.

Dr. Mascheroni stated that the information he was providing was worth millions of dollars, but that his fee for producing the document was a mere $793,000, according to the indictment.

Earlier in the sting operation, the authorities say, Dr. Mascheroni asked the F.B.I. agent about obtaining Venezuelan citizenship. In June 2009, Dr. Mascheroni received from the box another list of questions, supposedly from Venezuelan officials, and $20,000 in cash as a first payment.

On his way to pick up these materials, according to the indictment, he told his wife he was doing the transaction for the money and was no longer an American.

"US couple accused of trying to sell nuclear secrets to Venezuela"

guardian.co.uk
An American nuclear scientist and his wife were arrested yesterday, accused of conspiring to sell atomic secrets to Venezuela after allegedly being caught in an FBI sting by an agent posing as a representative of the Venezuelan government.

The pair worked at the Los Alamos nuclear research establishment and had security clearances. Venezuela, whose leader Hugo Chávez, has a strained relationship with the US, was not involved.

Pedro Mascheroni, 75, and his wife, Marjorie, 67, appeared in federal court in Albuquerque, New Mexico, yesterday. If convicted, they face life in jail.

According to the indictment, he offered in 2008 to provide information to help build within 10 years a secret underground plant for plutonium, needed for a bomb, and an above-ground facility that would look as if it was a civilian power plant.

The US justice department in a statement claimed Pedro Mascheroni delivered to a "dead drop" post box a disc with a coded 132-page document with "restricted data" relating to nuclear weapons. He allegedly asked for $793,000 (£503,000) and in June last year received $20,000 from an undercover agent.

Originally from Argentina but a naturalised US citizen, he allegedly adopted as his codename "Luke" and asked about Venezuelan citizenship.

The 132-page document was allegedly in response to questions from the agent, who claimed he was asking on behalf of Venezuelan scientists and military.

Supposedly written by Mascheroni and his wife, the document was called "A Deterrence Programme for Venezuela", which suggests they may have acted for political reasons, seeing the bomb as a counter to the US. But, according to the FBI, he told his wife he was doing it for the money. Both were contract employees at Los Alamos National Laboratory. He is a physicist who worked at the laboratory from 1979 to 1988, while his wife worked there between 1981 and this year, writing technical reports. Both held security clearances that allowed access to classified information.

The justice department statement was at pains to spell out that Venezuela was not involved: "The indictment does not allege that the government of Venezuela or anyone acting on its behalf sought or was passed any classified information, nor does it charge any Venezuelan government officials or anyone acting on their behalf with wrongdoing."The two are charged withcommunicating "restricted data" to an individual with the intent to injure the US and secure an advantage to a foreign nation. They are also charged with conspiring to and attempting to participate in the development of an atomic weapon.

The two are also accused of making false statements to the FBI.
Posted by Mercury at 5:41 AM