Lon Chaney and "The Phantom of the Opera"--85 years 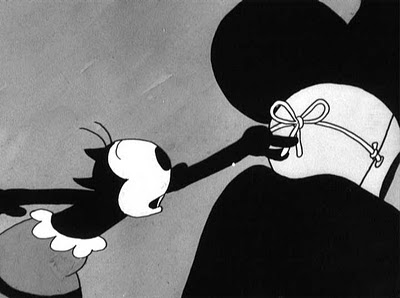 Los Angeles Times
Eighty-five years ago, moviegoers saw Lon Chaney unmasked as “The Phantom of the Opera” at the classic film’s premiere, and while the movie was silent, the audience certainly wasn’t.

There were plenty of screams and gasps on Sept. 6, 1925, at the New York premiere of the film that gave us one of the most indelible scenes in screen history — aspiring singer Christine Daae (portrayed by Chicago-born beauty pageant queen Mary Philbin) pulling the mask off the Old Hollywood icon known as “The Man of a Thousand Faces.”

Chaney earned that nickname with his uncanny ability to transform himself into various characters, including Quasimodo in the 1923 masterwork “The Hunchback of Notre Dame.” He created the Phantom’s skull-like visage by using cotton and collodion for his exaggerated cheekbones. By attaching a strip of fish skin to his nose, he achieved the up-tilted nose. He used black paint to accentuate the nostrils and used dark eyeliner to achieve that sunken-eyed look. Finally, he wore a serrated set of false teeth.

Though “The Phantom of the Opera,” which also boasts a Technicolor sequence when the Phantom appears at the masquerade ball, is considered one of Chaney’s best films, it was a tumultuous production. The actor and director Rupert Julian clashed from the outset, and their relationship became so toxic that Chaney wouldn’t talk or take direction from Julian, who was best known for completing the film “Merry-Go-Round” after Erich von Stroheim was fired (that film also featured Philbin). Several scenes weren’t lit properly, including the smashing crash of the chandelier at the opera house, and had to be re-filmed.

And, just so you know, Hollywood test marketing is hardly a new thing: After one sneak preview, audiences suggested the film needed a romantic subplot as well as some comic relief. Comedy director Edward Sedgwick was brought in to direct some lighter scenes with Chester Conklin, but those were all discarded after another preview audience gave the thumbs down to the tacked-on sequences.

A third and final version finally had its premiere on Sept. 6 at the Astor Theatre in New York; it opened in Los Angeles about a month later. That final version was a resounding success, grossing more than $2 million at the time.

After the introduction of sound at the end of the 1920s, Universal wanted to cash in on the new format. Ernst Laemmle re-shot about 40% of the film with sound and the rest of the film featured music and sound effects. Because Chaney was under contract at MGM in 1929, he couldn’t dub in his voice, so a voice-over was used for the Phantom when the characters were seen in the shadows (Philips Smalley supposedly provided this “third-person” work). The reconstituted film opened in early 1930 and made another million.

Chaney only made one sound film, 1930’s “The Unholy Three,” which was a remake of his 1925 silent classic. He had been signed to collaborate once again with his favorite director Tod Browning in “Dracula,” but died of bronchial cancer on Aug. 26, 1930, at the age of 47.

But lore has it that Chaney is still very much with us. The opera set built for “ Phantom” was never completely pulled down and, on Stage 28 at the Universal lot, employees and visitors still whisper that a spectral figure in a black cap has been seen prowling the catwalks and hiding up in the rafters.