Universal laws of physics--maybe not so universal 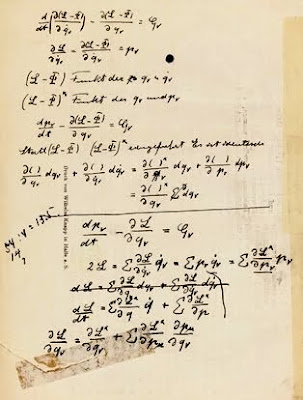 I have advocated this for years. It is a logical fallacy to assume that the laws of physics as we observe them are universal. It may well be something we can never test. We would have to test every section of the universe and that is physically impossible. Furthermore the human species would probably vanish even before a small percent were examined.

"Laws of physics differ throughout universe, according to study"

examiner.com
An astrophysicist group from England and Australia has found evidence that the laws of physics differ in different parts of the universe.

The researchers, which are from the University of New South Wales, the University of Cambridge and Swinburne University of Technology, has submitted a report of their findings to the Physical Review Letters journal. The original version of the paper is currently under peer review.

In their report, the team of scientists explains how the fundamental constants of Nature may actually not be constant at all. This constant 'number', which is known as alpha, or the fine-structure constant, seems to vary throughout the universe, instead of being the 'constant' it was thought to be.

Professor John Webb from the University of New South Wales explains that, "After measuring alpha in around 300 distant galaxies, a consistency emerged: this magic number, which tells us the strength of electromagnetism, is not the same everywhere as it is here on Earth, and seems to vary continuously along a preferred axis through the universe,"

Webb goes on to say that if the laws of physics are only 'local by-laws', it could mean that the part of the universe we can observe favors life existence and humans, but other farther regions could exist where the formation of life depends on another set of physics laws. "If our results are correct, clearly we shall need new physical theories to satisfactorily describe them." He added.

The researchers used the Very Large Telescope (VLT) in Chile and the telescopes at the Hawaiian Keck Observatory to get their measurements. They saw a smaller alpha number looking north to distant galaxies, while a larger alpha was observed when looking south.

The alpha only varies by a small amount, but the scientists believe that it's possible that much larger variations can take place beyond the horizon of our observable universe.

If this is correct, Dr. Michael Murphy from Swinburne University says that a better and deeper theory of physics may have to be implemented.

"While a 'varying constant' would shake our understanding of the world around us extraordinary claims require extraordinary evidence. What we're finding is extraordinary, no doubt about that." Murphy said.

One of the biggest questions of modern science has been whether the laws of physics are the same throughout the universe, and up until now it was believed that they possibly were. But now, scientists may be closer to finding an answer if this new finding is correct.
Posted by Mercury at 6:20 PM