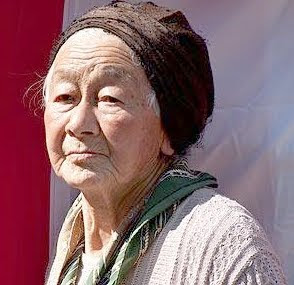 When push comes to shove; when economics rule, then it is out the door with the elderly Japanese. This is a disgrace especially when a country like Japan once revered the elderly.

"Hundreds of thousands of centenarians go missing in Japan"

Japan's Justice Ministry said Friday that more than 230,000 centenarians are missing and probably dead. Family neglect and fraud are factors.

The Christian Science Monitor
More than 230,000 Japanese citizens over the age of 100 have gone missing, according to a government survey released Friday, highlighting poor record-keeping practices and sharp changes in Japanese attitudes about family ties.

In August, the Monitor reported that Japan’s Health Ministry was investigating cases involving some 840 missing people over the age of 85 in connection with potentially fraudulent pension claims. At that time, 75 centenarians were unaccounted for in 19 of the country’s 47 prefectures.

The search began ahead of a national holiday held every September to show respect for the elderly. It was fueled in part by the discovery that Tokyo’s oldest resident – listed as 113 years old – had not been seen for more than 20 years. When welfare officials attempted to contact Fusa Furuya at her home, her 79-year-old daughter told them she hadn’t been seen since around 1986.

Officials were directed to a second address just outside the city, only to find that the residence had been bulldozed to make way for a highway.

After its survey of family registration records nationwide, the ministry found that 234,354 centenarians were listed as alive, but no one seemed to know where they were, according to the Associated Press.

Because life expectancy in Japan is 86.4 years for women and 79.6 years for men, the listing of people older than 120 raised suspicion about the quality of the bookkeeping. The list has also drawn attention to the fact that many members of a society that traditionally venerated the elderly are no longer so diligent about caring for aging family members.

Most are missing and are probably dead, in some cases long dead, Justice Ministry Keiko Chiba said Friday.
Posted by Mercury at 1:29 PM