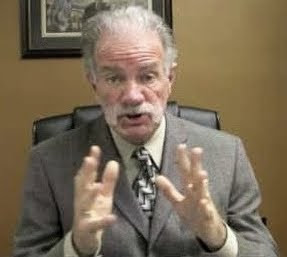 Well, there have been flag burners, Bible burners, and burning effigies in the past. A few bodies were bruised, some arrests were made, and a few died but most have forgotten those incidences. Here we are again faced with an icon [the Koran] and some sort of statement which I suppose is anti Islam. We are guaranteed freedom of speech. Sometimes things just get blown out of proportion and being oversensitive.

"US church defiant despite condemnation of Koran burning"

BBC
A small US church says it will defy international condemnation and go ahead with plans to burn copies of the Koran on the 9/11 anniversary.

The top US commander in Afghanistan warned troops' lives would be in danger if the Dove World Outreach Center in Florida went ahead.

US Secretary of State Hillary Clinton said the church's plan was "disrespectful and disgraceful".

Muslim countries and Nato have also hit out at the move.

And the US Attorney General, Eric Holder, called the idea "idiotic and dangerous".

But organiser, Pastor Terry Jones said: "We must send a clear message to the radical element of Islam."

The controversy comes at a time when the US relationship with Islam is very much under scrutiny.

There is heated debate in the country over a proposal to build a mosque and Islamic cultural centre streets from Ground Zero, site of the 9/11 attacks, in New York.

"I am heartened by the clear, unequivocal condemnation of this disrespectful, disgraceful act that has come from American religious leaders of all faiths," she said.

Despite having a congregation of just 50, the plans of Pastor Jones' church in Gainesville have gained worldwide notoriety, sparking demonstrations in Afghanistan and Indonesia.

Gen David Petraeus, the top US commander in Afghanistan, said on Monday that the action could cause problems "not just in Kabul, but everywhere in the world".

"It is precisely the kind of action the Taliban uses and could cause significant problems," he said in a statement.

The Vatican, the Obama administration and Nato have also expressed concern over the plan.

White House spokesman Robert Gibbs said on Tuesday that "any type of activity like that that puts our troops in harm's way would be a concern".

Pastor Jones - author of a book entitled Islam is of the Devil - has said he understands the general's concerns but that it was "time for America to quit apologising for our actions and bowing to kings".

Another pastor at the church told the BBC that members intended to burn several hundred copies of the holy book on Saturday evening, the ninth anniversary of the 9/11 attacks, in defiance of an order by the city not to hold an open air bonfire.

Muslims consider the Koran to be the word of God and insist it be treated with the utmost respect. Any intentional damage or show of disrespect to the holy book is deeply offensive to them.

An interfaith group of evangelical, Roman Catholic, Jewish, and Muslim leaders meeting in Washington on Tuesday condemned the proposals as a violation of American values and the Bible.

"I have heard many Muslim Americans say they have never felt this anxious or this insecure in America since directly after 11 September," said Ingrid Mattson, president of the Islamic Society of North America.

Claims that US soldiers have desecrated the Koran in both Afghanistan and Iraq have caused bloodshed in the past.

There were deadly protests in Afghanistan in 2008, when it emerged that a US soldier deployed to Iraq riddled a copy of the holy book with bullets.

And further lives were lost in Afghan riots in 2005 when Newsweek magazine printed a story alleging that US interrogators at Guantanamo Bay had flushed a copy of the Koran down a toilet.

The story later turned out to be false and was retracted by the magazine.
Posted by Mercury at 3:52 PM