James Lee and "really" being "green" 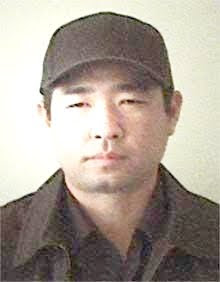 "James Lee is Al Gore is Prince Charles is the Unabomber"

Telegraph.co.uk
Al Gore’s Church of Climatism has claimed a new glorious martyr. His name is James Lee – the Discovery channel attempted eco-suicide-bomber – and if he’d had his way he wouldn’t have been the only one who ended up in the great recycling bin in the sky. That’s because, as far as the late James Lee was concerned, humans like the innocent Discovery channel employees he held hostage are the scum of the earth.

Just read some of the manifesto he posted on the internet and see for yourself:

The humans? The planet does not need humans.

You MUST KNOW the human population is behind all the pollution and problems in the world, and YET you encourage the exact opposite instead of discouraging human growth and procreation. Surely you MUST ALREADY KNOW this!
Does this sound like the ravings of a sad, deranged loner on the wilder fringes of eco-fascist lunacy? Not to me it doesn’t. Strip away the block capitals and what you have, word for word, is the core manifesto of the entire global green movement.

Some greens, such as Al Gore, the Prince of Wales, the Hon Sir Jonathon Porritt or that nice David Attenborough try to express their philosophy more diplomatically. Others, such as James Lee and his kindred spirit the Unabomber, are more forthright. Ideologically, however, there is not a cigarette paper’s difference between them. All cleave to the same fundamental tenet of the Church of Climatism: that humans are the problem not the solution.

It was for just this same strain of dodgy thinking that I castigated Boris Johnson yesterday. And the fact that people like Boris express their concerns about “overpopulation” jovially doesn’t make their stance any less reprehensible. In fact it probably makes it more so. At least with the Unabomber or James Lee you know that you’re dealing with a nutcase. But when an apparently reasonable, decent, pukka fellow like Boris or the Hon Sir Jonathon Porritt or the Prince of Wales or that nice David Attenborough off the TV expresses a similar opinion, there’s a strong risk that what is au fond exactly the kind of poisonous, misanthropy the Nazis took to its logical extreme begins to look moderate and sensible and considered.

What’s really depressing is that the philosophy expressed in James Lee’s (and the Unabomber’s) manifesto – which is also, incidentally, the philosophy expressed in Al Gore’s The Earth In Balance – is also the philosophy that is taught every day to our children in their schools: the world is fragile; human beings are a blot on the landscape; through our greed and selfishness we make everything worse; really it would be better if we vanished altogether and let all the lovely pure noble animals take over.

Saving the environment and the remaning species diversity of the planet is now your mindset. Nothing is more important than saving them. The Lions, Tigers, Giraffes, Elephants, Froggies, Turtles, Apes, Raccoons, Beetles, Ants, Sharks, Bears, and, of course, the Squirrels.
Not only do our schools teach our children this misanthropic – and deeply ahistoric – rot, but so also do broadcasters like the Discovery Channel. Their sister station, Animal Planet, for example, broadcasts a series called Whale Wars celebrating the real-life adventures of animal rights extremist Paul Watson. (H/T: MSher)

It’s time we woke up to the threat posed by this mass brainwashing of the younger generation. We worry, rightly, about those Muslim children who are being indoctrinated with the extreme Wahaabist version of their faith. Yet we seem astonishingly complacent that every day, in schools of every kind throughout the Western world, our children are being taught by well-meaning teachers to view their world and culture through exactly the same anti-capitalist, anti-human, anti-growth eyes as James Lee and the Unabomber.

The modern environmental movement is not kind, caring or gentle. It is a series of ticking time bombs waiting to blow up in our face.

[James Delingpole is a writer, journalist and broadcaster who is right about everything. He is the author of numerous fantastically entertaining books including Welcome To Obamaland: I've Seen Your Future And It Doesn't Work, How To Be Right, and the Coward series of WWII adventure novels.]
Posted by Mercury at 5:48 PM

Equivicating the Lee, the Unibomber and our promonet green statesmen is a bunch of bunk. Not even the equivication of Lee and the Unibomber holds up. The Unibomber did not assert that humans were filth or a blight on nature. He asserted that humans would be happier and more content if they lived more natural and primitive lifes. Big difference.

So you don't like Lee, the Unibomber and Al Gore. That doesn't make them one and the same.