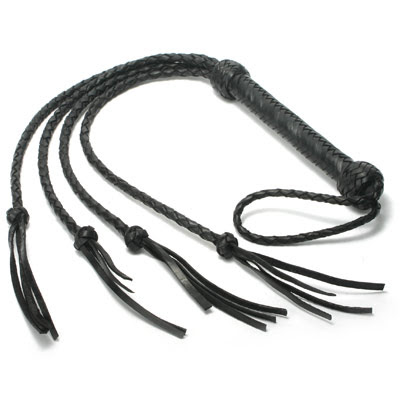 "The lashing of the woman...was carried out in the northern Iran prison where she is being held...."
"Iranian Woman Is Said to Be Lashed Over Photo"

The New York Times
A mix-up over a photograph led to a sentence of 99 lashes for the Iranian woman whose earlier death sentence by stoning from Iranian authorities caused an international outcry, a lawyer for the woman said Sunday.

The lashing of the woman, Sakineh Mohammadi Ashtiani, 43, was carried out in the northern Iran prison where she is being held, according to the lawyer, Javid Kian. But another lawyer for Ms. Ashtiani disputed that account.

In a telephone interview from Iran, Mr. Kian said that he had not had contact with Ms. Ashtiani since Aug. 11, when she gave what he called a false and coerced videotaped statement that she was involved in the murder of her husband. The statement was broadcast on Iranian state television in an apparent effort to deflect criticism from around the world of the Iranian government’s sentence that Ms. Ashtiani be executed by stoning for a 2006 adultery conviction. The authorities lifted the stoning sentence, but there have been signs that Ms. Ashtiani, who is being held in Tabriz prison in northern Iran, would be hanged instead.

The latest episode began on Aug. 28, when The Times of London published a photograph on its front page of a dark-haired woman wearing earrings and what appeared to be pink lipstick, which can be seen because the woman is not wearing the chador, or traditional Islamic veil. The headline with the photograph said, “Revealed: true face of the woman Iran wants to stone.” Inside, an editorial urged continued pressure on Tehran not to execute Ms. Ashtiani.

Five days later, The Times published an apology, saying the photograph “was not of Ms. Ashtiani, but of Susan Hejrat, an Iranian exile who lives in Sweden.” It blamed the mistake on confusion among journalists; another of Ms. Ashtiani’s lawyers, Mohammed Mostafaei; and her son Sajad Ghaderzadeh, 22.

But Mr. Kian said that one of two women who had been held with Ms. Ashtiani in the Tabriz prison and recently released “told me that Ashtiani said she had received 99 lashes” for “indecency” after the photograph appeared.

Mrs. Hejrat, 48, interviewed by telephone at her home in Sweden, confirmed that the photograph was of her. She said that she had used it with articles she had written about Ms. Ashtiani as a campaigner for women’s rights in Iran. “It could have been mixed up in e-mail,” she said, adding, “I am very upset that she got another punishment because the Iranian government saw a picture of me.”

Iranian authorities are using the image, Mr. Kian said, as “an excuse to put pressure on her and those around her.” He said that after her statement about her husband’s murder, Ms. Ashtiani had been subjected to a mock hanging. The lashing sentence was intended to “impact her family and journalists who may report about her case,” he added. “It is to spread fear so they don’t talk, and to keep the family’s mouths shut.”

An editor at The Times of London, Simon Pearson, said that the newspaper was still looking into the confusion over the image. “But if what we’re hearing is correct,” he said, referring to the lashing sentence, “you’d have to draw the conclusion that they are sending a message to the Western media that Ashtiani will suffer if we cover her story.”

Mr. Ghaderzadeh, Ms. Ashtiani’s son, could not be reached on Sunday. But in an open letter published Saturday by the International Committee Against Execution, an organization run by Iranian exiles, he denied being the source of the photograph, which he said “has given the prison authorities an excuse to increase their harassment of our mother.” He blamed Mr. Mostafaei and said the lawyer no longer represented his mother.

In an e-mail on Sunday, Mr. Mostafaei, who fled Iran under government pressure and now lives in Norway, said that he continues to work for Ms. Ashtiani and that the photograph had been “sent to me by Sajad via e-mail from an internet cafe.” He also said that his sources in the Tabriz district court denied that Ms. Ashtiani had been lashed.

Mr. Kian said he did not know how the photograph of Mrs. Hejrat came to appear in The Times. But, he said, “I’m sorry it got to them.”


99 lashes for Sakineh Mohammadi Ashtiani prior to execution
Posted by Mercury at 7:37 PM