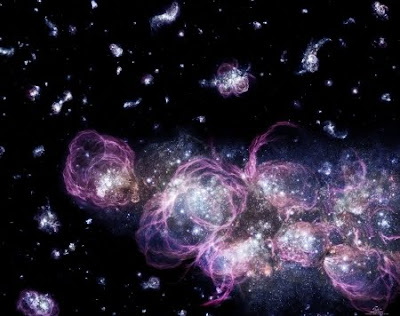 Well, why not...nothing else to do, so write a book and speculate.

This fascinating book ponders the numerous theories that explain our universe, scientific and otherwise.

latimes.com
Robert Oppenheimer was fond of proposing that physics and poetry were becoming indistinguishable. In "The Grand Design," Cambridge theorist Stephen Hawking and Caltech physicist Leonard Mlodinow seem to suggest that physics and metaphysics are also growing closer. They point out that the unified field theory that physicists, including Einstein, spent the better part of the 20th century trying to construct, probably can't exist. Models of the universe are changing radically. We now live in a world in which many physicists have come to believe there are not merely three dimensions (plus time) but 10 or possibly 11.

Our scientific thinking has always tended to reflect its era. Some believe this is because we need a model or an idea emerging from our social and intellectual environment before we set about seeking the appropriate evidence. Science fiction, for instance, quite frequently "seeds" a notion into the scientific community before a physicist does the math and provides the evidence, though certain ideas, if born outside their time, might wait centuries before they are recognized.

Today, in a pluralistic age, it seems we need a number of overlapping theories with factors in common to describe what we are beginning to call the multiverse. In an environment that includes black holes, super black holes, dark matter, dark energy , string theory, M-theory, alternate pasts and alternate futures, we can no longer assume there is one universe or even a set of universes, with a single group of natural laws applicable to everything from the domain of atoms to that of astronomy.

This does not mean all ideas are created equal or that every strand of the multiverse is radically different from its nearest neighbor. We can argue, however, that one set of scientific laws might be appropriate to one universe, or even galaxy, while not quite fitting another. Even laws we have taken for granted, like those relating to the speed of light, might be at odds in different realms of a near-infinite set of universes. The grand design which we have taken for granted since Newton is likely to be more complex than anything he ever dreamed of.

While not dealing with recent developments in astrophysics or discussing chaos theory, Hawking and Mlodinow's fascinating book, with its wonderful illustrations, takes us through the various supernatural and scientific cosmological theories that mankind has developed since earliest times to explain our universe. Since the Ionian intellectual awakening, when the likes of Aristarchus (310 BC-230 BC) calculated that the sun was bigger than the Earth and that our world orbited a star like other stars, people have feared that such ideas contradict the notion of a creator and that without faith in divine beings we should sink into immorality and decadence. Descartes had, like Newton and Darwin, no problem enquiring into the fundamentals of his surroundings while maintaining a profound faith in God. Indeed, some suggest that a complex, mysterious multiverse only proves the existence of an equally complex and mysterious deity. Certainly ideas first found in the realm of metaphysics continue to migrate to the realm of physics.

If nature is governed by laws, argue the authors, then three questions arise: 1) What is the nature of those laws? 2) Are there exceptions to the laws (for example, miracles)? 3) Is there only one set of possible laws?

"The Grand Design" sets out to answer these questions, demonstrating how we are dependent on models of reality that, with investigation, can sometimes change. And their arguments do indeed bring us closer to seeing our world, universe and multiverse in terms that a previous generation might easily have dismissed as supernatural. This succinct, easily digested book could perhaps do with fewer dry, academic groaners, but Hawking and Mlodinow pack in a wealth of ideas and leave us with a clearer understanding of modern physics in all its invigorating complexity.

[Moorcock is the award—winning author of many books, including "Mother London" and the Elric saga. His "Pyat" series, describing events leading to the Nazi holocaust, will be published next year.] 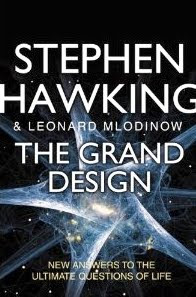 Hawking has inside information about the universe
Posted by Mercury at 5:39 PM