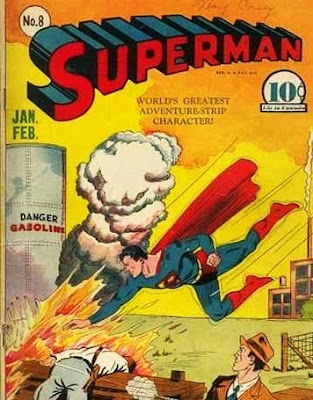 Is this bit of technology really necessary?

'Streaming results' will save two to five seconds on every 25-second query, says search executive Marissa Mayer – but SEO people may be less happy.

guardian.co.uk
'Google Instant' will aim to predict what you're searching for - and provide results for it

Google unveiled a new version of its search engine on Wednesday night: Google Instant, which produces results before you have finished typing and offers suggestions for what you wanted to look for.

Marissa Mayer, the company's vice president of search and user experience, said that until now, each search typically lasts 25 seconds - 9 seconds of typing, 1 second in which the query reaches Google, is processed and sent back, and 15 seconds during which the user considers which search result to click on.

But with Google Instant the average search will be shortened by two to five seconds per query - which, given the billions of people who use the service every week, would mean 11 hours of searching saved every second.

The service began being rolled out to users in the US, UK, France, Germany, Spain, Italy and Russia on Wednesday evening.

However, like the playful logos shown off by the company over the past two days - on Tuesday a set of animated balls which evaded the cursor, and on Wednesday a grey logo which changed colour as you typed - the new system will only be available on modern browsers: Microsoft's Internet Explorer 8, Firefox 3, Google's own Chrome, and Apple's Safari. You will also have to be signed in to a Google account to get the results.

Older browsers, and users who are not signed in, will not see the auto-completing results.

Mayer acknowledged that the idea that the search engine might know what you're looking for before you finish asking it - in fact, which will begin offering results as soon as you type a letter - seems so bizarre that 10 years ago it was the subject of an April Fools' Joke by a large company. The company in question? Google.

"In 2000 we thought the idea of being able to search before you typed was so weird we made it our April Fools joke," Mayer, one of Google's longest-standing employees, noted. "Just 10 years later we're seeing that it's actually possible."

Users who begin typing will be able to get completed words from a single letter by hitting the tab key, or choosing from a list that will be presented as they type. The letter "w" begins a search which includes "weather" - one of the most common searches.

Mayer showed it off by typing "SFmoma wom" and was presented with a result for the painting "woman with a hat" at the museum - without hitting the return button. "The results are just streamed straight to you without you hitting the return key."

She added: "We're really excited about what Google Instant means for search - faster search, and providing results in real time before you've even had the opportunity to type your query."

But the impact could be dramatic on another group who have previously relied heavily on Google's old search results page. "Search engine optimisation" (SEO) experts have built a gigantic business from analysing what results appear for a particular set query, especially to Google.

However the new system, with its live updates of queries, means that it will be more difficult for SEO analysts to work out which results will do well from which query, because the results will keep changing as the user types. It will also be harder to examine the results mechanically.

The update also poses a challenge to Microsoft's Bing search engine, which has been very gradually growing its proportion of total search engine traffic - though it has now taken over providing the search results for Yahoo, meaning that it can claim 25% of US search traffic. Bing is struggling to generate profits for Microsoft: analysis of its results suggest it is spending roughly as much money as it is generating.

Danny Sullivan of Searchengineland, who monitors developments at Google and other search engines, commented that the requirement to be signed in "is sending up my alarms, because is this also just part of monitoring more?"

Google's chief executive Eric Schmidt suggested in an interview in August that "As you go from the search box [to the next phase of Google], you really want to go from syntax to semantics, from what you typed to what you meant."

In a blogpost, Mayer said that the capability will be rolled out to more countries and other platforms in the coming months.
Posted by Mercury at 4:50 AM