Half way to Mars and something similar happens...then what 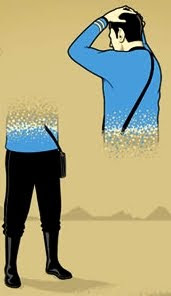 The apparent failure of an ammonia pump in coolant loop A forced flight controllers to shut down two of four stabilizing gyroscopes, used to help control the space station’s orientation, one communications channel and several computer control units. The astronauts also installed jumpers between the Russian Zarya propulsion module and the U.S. segment of the lab complex to maintain proper cooling.

NASA officials said the space station was in a safe, reduced-power configuration using coolant loop B. It took the astronauts several hours to complete the shutdowns, but flight controllers told them they could sleep late Sunday while analysis continued on the ground.

"We’re going to be working hard overnight to figure out what’s going on," astronaut James M. Kelly radioed from mission control shortly before the astronauts went back to bed. "By tomorrow, a little bit later on, hopefully we’ll be able to send you up a little bit better idea of where we stand on everything."

The International Space Station is equipped with two independent coolant loops mounted on the lab’s main solar power truss that use ammonia circulating through huge radiator panels to dissipate the heat generated by the station’s electronics.

While the loops are independent, the station cannot operate at full power with just one coolant loop. Spare components are on board, including two coolant system pumps, but installation is considered difficult and two spacewalks would likely be required.

Caldwell Dyson and Army Col. Douglas H. Wheelock were already planning to conduct a spacewalk Aug. 5 to mount a robot arm attachment fixture to the Zarya module and to rig the central Unity module for attachment of a storage compartment during a shuttle flight in November.

It is not yet known whether those plans will be affected by the problems with the coolant system.
Posted by Mercury at 6:24 AM