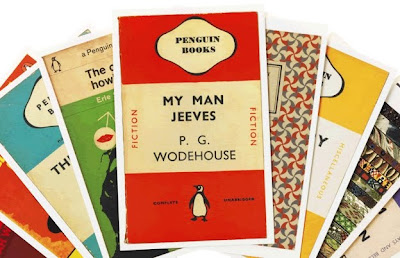 Well remember them for obscure texts and they were cheap too.

Publisher holds its birthday in Bristol, the home of its founder, Allen Lane

guardian.co.uk
Everyone had a favourite Penguin tale: the time a collection of Jacobean plays fell apart because an electric fire melted the glue binding it together; the pride felt when a collection of essays was bought with a school book voucher prize; the comfort of Dad's old, crumpled edition of the Vegetable Grower's Handbook.

Fans of Penguin Books – academics, collectors, readers – gathered at a conference in Bristol today to mark the 75th birthday of the publishing house, and to ponder its future.

The event was organised by Bristol University, home to the Penguin archive which holds most, if not all, of the books published by the company and a wealth of material relating to its work – from accounts to letters between writers and editors and hundreds of legal documents relating to the Lady Chatterley's Lover obscenity trial.

John Lyon, the principal investigator of the archive, said that the idea was to celebrate a great British institution, to remind the people of Bristol of their Penguin heritage (the founder, Allen Lane, was born in the city) and to make sure that it is kept alive for a new generation of readers.

"I think that the younger generation is not so familiar with Penguin. We grew up with the books. They were such a familiar, instantly recognisable sight on bookshelves everywhere. I don't think younger people feel as strongly about them as we used to," he said.

Lane is said to have dreamed up the idea of making good quality contemporary fiction available in paperback form at a reasonable price after becoming frustrated by the lack of choice on offer at Exeter train station. The first Penguin paperbacks appeared in the summer of 1935.

Simon Eliot, professor of the history of the book at the University of London, said that the idea had been to produce cheap, portable and disposable books. The books were "flimsy", but in a good way. It encouraged literate people of modest means to experiment in their reading.

Andrew Sanders, author of the Short Oxford History of English Literature, recalled how the glue holding his edition of a collection of Jacobean plays together melted, causing the cover to fall off. "But I've kept the volume, and still use it."

Inevitably the classic design of the books was discussed in minute detail. Again, everyone had a favourite. Jim Stoddart, the art director of Penguin Press, mentioned the "cog-eyed" bowler-hatted figure on A Clockwork Orange, the iconic creation of David Pelham, who had to come up with the design overnight when the designer he had commissioned let him down.

John Lyon accepted that the electronic age made the future of the book less clear. "But in Penguin we've got a great British institution that we ought to cherish and celebrate," he said.

Penguin Group
Posted by Mercury at 5:23 AM