Great idea from Martin Rees on space exploration and man 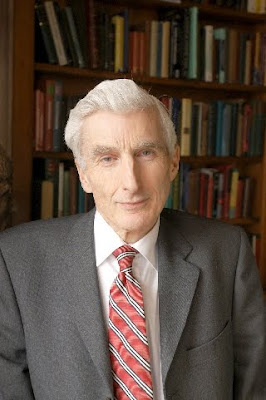 I have been advocating this for years.

Rees, professor of cosmology and astrophysics at Cambridge University, thinks sending people into space is a waste of money, given recent advances in unmanned space technology. He said European space scientists should focus on miniaturisation and robotics to remain competitive in a space sector dominated by Russia and the US.

Rees, who is coming to the end of his five-year term as president of the Royal Society, made the comments during an interview for Cambridge Ideas – a series of videos, podcasts and slideshows from Cambridge University.

He said largescale manned space missions like the moon landings are probably a thing of the past.

"The moon landings were an important impetus to technology but you have to ask the question, what is the case for sending people back into space?" said Rees. "I think that the practical case gets weaker and weaker with every advance in robotics and miniaturisation. It's hard to see any particular reason or purpose in going back to the moon or indeed sending people into space at all."

No one has been to the moon since Apollo 17 astronaut Eugene Cernan stepped back into his lunar lander in 1972. In his speech on space policy at the Kennedy Space Centre in Florida on 15 April, US President Barack Obama cancelled Constellation – the Bush administration's plans to return to the moon – saying bluntly "We've been there before."

"In the last 30 years people have gone no further than low Earth orbit, but what has happened is greater practical use of space," said Rees. He cited GPS as well as climate and telecommunications satellites as everyday benefits of space technology.

"Probes have been to the other planets and sent back wonderful pictures," he said, citing Nasa's Kepler space observatory, and the European Space Agency's Herschel and Planck satellites, as a glimpse of things to come.

"Kepler will tell us whether other stars are orbited by planets like the Earth and that's going to be important," said Rees. He said the most obvious place to look for life elsewhere in the universe would be a planet like the Earth. "I'm sure that in two or three years we'll know from the Kepler observations that there are many other planets like the Earth orbiting other stars. But I think it may be 20 years before we get an image of a planet," he said.

"As to whether they will have life on them, I would not take any bets at all. Biology is a much harder subject than astronomy and we don't know how life began on earth. I would hope in 20 years we might understand that. Once we understand how life got started here, we'll have a better idea for how likely it was to start in other environments and where the best places in the cosmos to look are."

Esa's Planck satellite will look at radiation from just after the big bang to give scientists a clearer understanding of the early universe. Meanwhile Herschel – the largest space telescope ever launched – is investigating how stars and galaxies have formed by looking at wavelengths never observed before.

Rees has long been an advocate of unmanned space exploration. In a BBC interview in 2008 he argued that routine shuttle launches and low-orbit flights didn't make headlines. "What actually makes the newspaper headlines are the marvellous pictures from the Hubble telescope and those of the surface of Mars and Jupiter and Titan, all obtained robotically," he said.

In the third of his recent series of Reith lectures, Rees said he hoped that during this century, "the entire solar system will be explored by flotillas of robotic craft" and expressed scepticism as to whether people would follow.

Speaking to Cambridge Ideas, Rees remained enthusiastic about manned space travel, but thought it would be rather different in style from what we have seen before.

"I hope indeed that some people now living will walk on Mars, but I think they will do this with the same motive as those who climb Everest or the pioneer explorers," he said.

"I think the future for manned space exploration will be a cut-price, high-risk programme – perhaps even partly privately funded – which would be an adventure, more than anything practical," he said.

In the US, Obama has pledged to land a man on an asteroid by 2025, and said he believed manned spacecraft will be orbiting Mars by the 2030s. In Europe, Esa is running the Mars500 project, a full-length simulation of a manned flight to Mars. China has already put men in space, and India hopes to send two men into low Earth orbit by 2016.

As Rees steps down as president of the Royal Society this year, convincing the world that manned space flight is impractical may well become a full-time job.
Posted by Mercury at 5:32 AM