The origins of philosophy 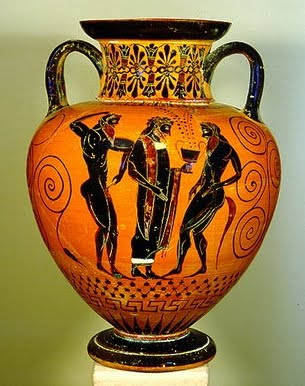 Now that is a broad and deep subject but the following paper offers a good analysis. With few exceptions I normally do not post links for my experience has been that links often break down or disappear thus wasting one's time and diluting the post. This is one of those exceptions for I coppied this paper over five years ago and it is still available. Longevity equal stability? I hope so.

"The Origin of Philosophy: The Attributes of Mythic/Mythopoeic Thought"
As it happens, Greek philosophy, and Indian and Chinese, were different from what came before; and we can specify what the differences were. Pre-philosophical thought can be characterized as "mythopoeic," "mythopoetic," or "mythic" thought. "Mythopoeic" means "making" (poieîn, from which the word "poet" is derived) "myth" (mûthos). There is a large and growing literature about mythology, but here all that is necessary are the points what will serve the purpose of distinguishing philosophical thought from the thought of people in earlier Middle Eastern civilizations (Egyptians, Babylonians, etc.) about the nature of things. With the identification of the characteristics of mythic forms of human thought, it becomes possible to identify the unique innovations of philosophy. Note that philosophic thought does not replace mythopoeic thought but supplements it.

Article
Posted by Mercury at 6:49 PM