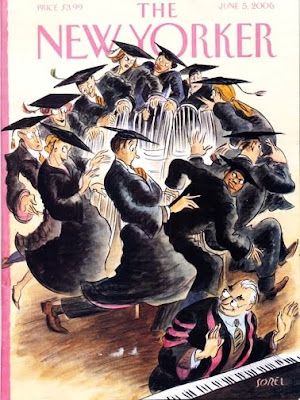 "Tenure: An Idea Whose Time Has Gone"

The Atlantic
The arguments for academic tenure have always struck me as pretty weak, and more to the point, transparently self-serving. The best you can say of the system is that it preserves a sort of continuity in schools that is desireable for the purposes of cultivating alumni donations. But the cost of such a system is simply staggering.

Consider what the academic job market now looks like. You have a small elite on top who have lifetime employment regardless of how little work they do. This lifetime employment commences somewhere between 35 and 40. For the ten-to-fifteen years before that, they spend their lives in pursuit of the brass ring. They live in poverty suck up to professors, and publish, for one must publish to be tenured. It's very unfortunate if you don't have anything much worth saying; you need to publish anyway, in order to improve your chances. Fortunately, for the needy tenure seeker, a bevy of journals have sprung up that will print your trivial contributions. If nothing else, they provide a nice simple model which helps introductory economics professors explain Say's Law.

At the end of the process, most of the aspirants do not have tenure; they have dropped out, or been dropped, at some point along the way. Meanwhile, the system has ripped up their lives in other ways. They've invested their whole youth, and are back on the job market near entry level at an age when most of their peers have spent ten years building up marketable skills. Many of them will have seen relationships ripped apart by the difficulties of finding not one, but two tenure-track jobs in the same area. Others will have invested their early thirties in a college town with no other industry, forcing them to move elsewhere to restart both their careers and their social lives. Or perhaps they string along adjuncting at near-poverty wages, unable to quite leave the academy that has abused them for so long.

Is this producing better education? Doubtful; there's no particular relationship between scholarship and the ability to teach. How about valuable scholarship? Well, define valuable--in many liberal arts fields, the only possible consumer of the research in question is a handful of scholars in the same field. That sort of research is valuable in the same way that children's craft projects are priceless--to their mothers. Basically, these people are supporting an expensive hobby with a sideline business certifying the ability of certain twenty-year olds to write in complete sentences.

And what about the people who do get tenure, and are producing scholarship in areas that other people care about? Doesn't tenure protect free intellectual inquiry? Diversity of thought? Doesn't it allow teachers to be more demanding of students?

Perhaps--but the question is, at what point? Most scholars in their sixties are not producing path-breaking new research, but they are precisely the people that tenure protects. Scholars in their twenties and thirties, on the other hand, have no academic freedom at all. Indeed, because tenure raises the stakes so high, the vetting of future employees is much more careful--and the candidates, who know this, are almost certainly more careful than they would be if they were on more ordinary employment contracts. As a result, the process of getting a degree, getting a job, and getting tenure has stretched out to cover one's whole youth. So tenure makes young scholars--the kind most likely to attack a dominant paradigm--probably more careful than they would be under more normal employment process.

The same is true of diversity. Academics within the tenure system are probably more careful about weeding out heresy, because they'll be stuck with it if it manages to sneak in. Tenure can easily be used to entrench the ideological or scholarly commitments of a department's powerful members, reducing diversity rather than enhancing it.

The current tenure system only protects revolutionary, dangerous ideas to the extent that they spring full blown from an academic's head after he has secured tenure, startling the hell out of everyone who hired him. Or perhaps after he's secured his full professorship. Or after he's managed to move to a better class of research institution with a nicer salary.

Since I don't know of many cases where this has happened, I find it hard to believe that tenure is crucial to preserving the spirit of free inquiry at our nation's colleges. I'm sure it's protected more than one scholar from getting fired after making stupid remarks to a class. And we would all of us--not just academics--like to be immune from getting fired for making stupid remarks. But what's not clear to me is that this has, in any instance, protected Very Important Scholarship from being censored for the benefit of Mrs. Grundy.

Even if it were, I'd want to know if all that Very Important Scholarship were worth the enormous cost of this outmoded system. And advocates would have a steep uphill battle to convince me that it is. 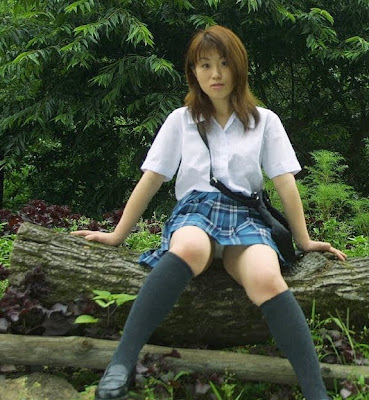 "Perks for Professors"
by

The Spearhead
In case anyone might wonder why male professors at universities support feminist (i.e. sexist) policies that favor women, Terence Kealey, a professor at the University of Buckingham, provides a good part of the answer.

Tenured professors don’t have to worry about losing their jobs, so they naturally gravitate toward more “comfortable” accommodations, and for most of the men, this means being surrounded by “curvy” young women. According to a BBC article, Mr. Kealey compared the lecture hall to a strip club, and said that the hordes of attractive, buxom students could improve a man’s sex life:

Dr Kealey, a clinical bio-chemist and vice-chancellor of Buckingham University, likened the classroom to a lap dancing club and said admiring the curves of attractive students could help “spice up” marital sex.
Kealey further expolores the benefits of winsome young women in the classroom:

“Most male lecturers know that, most years, there will be a girl in class who flashes her admiration and who asks for advice on her essays.

“What to do? Enjoy her! She’s a perk.”
Not that this should come as any surprise. We are all sexual creatures, and placing men in positions of authority over young women is sure to excite passions on both sides of the lectern. However, this does raise the question over what role young men play in universities. If classes are like strip clubs for the enjoyment of the professors and the showy young women alike, then what is there to offer the boys? If the professor can’t take his eyes off of a good rack, then he’s not going to notice whether he’s actually doing his job in regards to instructing everyone in the class.

Of course, the feminists expressed outrage over the article, and came up with some of their typical nonsense to denounce the honest, if reprehensible, professor:

Any scholar, who assumes that female students who show interest in the subject and ask for help because they have a crush on you or hope to manipulate you with their sexual charms, is a reality-challenged idiot.
This is a straight-up lie. Anyone with any sense knows that women naturally use sex to manipulate men, and they very frequently develop crushes on male authority figures. Of course, feminists rely on lies to maintain the illusion of “equality,” so they never let inconvenient facts get in their way.

The real tragedy of all this is that Professor Kealey made a very astute observation:

Universities are, indeed, turning into big strip clubs. Kealey may celebrate this development, but for the millions of boys who have been left out, the perks enjoyed by professors are no consolation.


Guarantees are gone?
Posted by Mercury at 5:37 PM